Ascension And The Lower Spirits 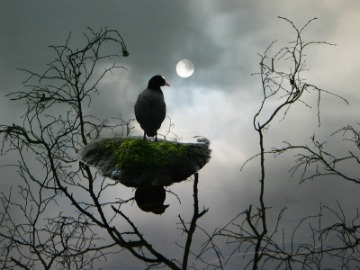 For ascension to occur within the lower self amongst the influence of the lower spirits, the ability to block negative energy influence is necessary. The ability to block negative energy influence involves the individual perception, fuelled into activity upon entry and participation within a dimensional energy field, expressing self-awareness. The entry and participation within a dimension supporting self-awareness forms a baseline of the sense of an accepted reality. This is achieved through the attachment of an intelligence program, which is required for the perception of the desired reality. The desired reality experience of the higher self is directed into a decisive motion through the energizing of creational codes within a themed selection involving vibrational position or mental location. The participation within a desired dimensional reality experience, through internal and external influences, is the active attempt to resolve the internal conflict of the origin and activation of low vibrational negative energy experiences. The formation of the lower self, energized into life from the movement of thought/energy from the higher self as its energy connection to a dimensional consciousness field, generates the perception of its self-awareness within the dimensional consciousness field.

The ability to operate consciously within a dimensional consciousness field while holding the central seat of the higher vibrational perspective, is through the high intelligence accessibility of the higher self. The intention to form a lower vibrational seat of perspective, flows within the movement of the self-thought expression, and its development through the experience of realities expressing an isolation effect upon the perception of self-awareness.

The thought movement/connection into the awareness of the perception of the self, is generated through the automation of thought/focus of the awareness into a center point of perspective, in relation to all points of perspective which can be observed within the all conscious or the mental state of the un-self. The thought movement into the self from the perception of the un-self or the all self, flows within the energetic movement of vibrational descent. This is observed as a lowering effect upon the vibrational rate of the higher self energy source, which is a simultaneous occurrence within the creation of the self-aware vibratory consciousness.

The thought movement/connection into the awareness of the self from the state of consciousness of the all self or the un-self, is generated through a sensory isolating effect applied upon the sensory communication abilities of the lower self and its perception of self-awareness. The intensity or severity of the sense of the isolating effect is dependent upon the vibrational positioning required for the entry and participation into a thought dimensional energy field. The ascension of the self from its low vibrational sensory awareness of its isolation from its external reality, is within the reciprocal energetic effect from the loss of the desire to experience a low vibrational negative energy creation. The ascension of the self into the mental state of the un-self or the all self, which is referred to as all consciousness or all knowing, is a dormant potential within all sentient beings. The ability of the ascension of the self into the mental state of all consciousness, resides within its sentient connection energetically connecting it into its current perception of reality, from its energetic source fuelling all thought activity into creation.

The receiver/transmitter abilities of the self-aware vibratory consciousness, which has been energetically formed through the creational intention of its originating source, are restricted within a vibrational allowance. Restrictions of the receiver/transmitter ability of a sentient being are coincidental in relation to the lowering effect of vibrational energy within the co-operation of differential movements of energy directed towards the movement of energetic unification.

The lower spirits desire for negative energy thought influence towards the collective consciousness is fuelled through the associative low vibrational thought directions of the sense of isolation or separation. The low vibrational world of the negative pole thought expressions, motioned into directive intention from the non-physical aspect operational below the negative energy pole positions of physicality, hold the opportunity for ascension of the influence of the lower spirits. This is achieved through the desire for ascension formed within the subconscious resolution attempt for the removal of the sense of separation.

Ascension And The King The Kingdom Within

The Ego And The Higher Self