Remote Influencing And The Human Movie 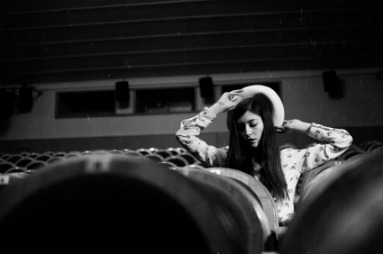 The awareness of remote influencing reality and the human movie conceptual format for creating a desired manifested experience through the co-creative perspective, creates the desire for higher intelligence involvement. The lower self is created through the thought/energy interaction of its higher energy format and the creational feedback mechanism within the design of the earth matrix. Reality feedback in the form of physicality is presented into the awareness of the lower self. This movement is initiated for the purpose of development through continuation of thought interaction and contemplation within the reality cycle.

The energetic sequence of creational intent towards the unifying energies of creational expression, are actions of cohesiveness. The mutual remote influencing intention, for the opportunity for spiritual evolvement through the perception of self-awareness, creates the cohesiveness within interacting energies for physical plane formation.

The lower self through its human vehicle and its attached artificial thought program create a base of reality from which movement through interaction/reaction is created.

The restricted awareness the lower self initially operates from is pre-dominant as lower frequency conscious operations involve lower vibrational themes as lessons through experience.

The fear of separation within the collective unconscious of mankind has fuelled the negative energy cycle from which humanity holds the potential through proper remote influencing techniques to transcend from.

The fear of separation is an emotional reaction to the subconscious desire for resolvement of the perception of separateness created simultaneously with the creation of the lower conscious.

The awareness of the lower self through the human perspective is a point of thought operating within the illusion of separateness within the physical plane.

The desire for reunification of the upper and lower conscious by the higher self creates opportunities for the lower self ascension towards its higher vibrational awareness.

The desire for reunification within the lower self, consciously or unconsciously, is continuous as the lower self is a creation for the experience of separation through self-awareness.

The experience of separation and its coinciding lessons hold the potential for the emotional energy of unity to fuel the remote influencing energetic movement towards ascension.

Thoughts and ideas held within the belief system through initial thought, and its by-product of ideas via thought interaction and contemplation, are influenced through the self-awareness perception of external reality.

The ideas and beliefs held within the lower self will influence its free will action towards the interaction with presented scenarios and its influenced themes. This process allowed freedom of movement will further influence themes within scenarios yet to form within the awareness of the lower conscious.

This is the human movie in which all lower conscious sentient operations are experiencing and remote influencing individually and therefore collectively.

For the lower selves operating within a restricted awareness the conceptual format of the movie in relation to the ability for remote influencing desired themes within scenarios will hold a low awareness.

The barrier for awareness of co-creative ability involving manifestation is created through the unacceptance of self-empowerment void of egotistical intention.

The realization that the human movie presented for the experience of the lower self is created through their belief structure and the thought/intention process will have to be understood and appreciated.

The desire for resolvement of negative influences within the sphere of reality of the lower self will create the movement of the higher intelligences into opportunities for choice within the free will selection.

The heavy and continuous negative influence of dark energy beings and its related thought forms upon the creational matrix and therefore self-awareness operations is allowed through the free will intention.

The attempts for manipulation by dark thought upon the collective reality is a macro reflection of the micro projection of internal tension between the oppositional movements of positive and negative pole energies. The degree of internal tension is in relation to the level of awareness and understanding involving the lower conscious operation.

The lower self operating within its bubble of reality continuously holds the ability of free will choice regardless of the perception of the inability to do so.

The choice of non-participation or sympathetically resonating with a perceived influence or otherwise, falls under the process of free will choice.

The purpose of the human thought program apart from the opportunity for self-awareness, is for the establishment of concreteness of the belief system of the lower self, as the human being as its only reality.

This establishment within the belief system is easily achieved through reinforcement via dominance of focus through the common senses involving the physical world.

The human thought program although unimaginably complex within a limited understanding is non-sentient and thus holds form as artificial intelligence.

This artificial intelligence system of the earth matrix, which houses the human thought program, originates and is developed from pure thought expressions operating within a restricted awareness of its origin.

Without a sentient connection the artificial thought program evolves through reference selection involving multiple influences through interactions with its perceived external environment.

Artificial thought through the disconnected sequence involving sentience, will not hold the opportunity for development of ability in regards to the higher conscience.

The purpose of artificial intelligence operating within a non-vibratory nature for reflective intention is to create the screen for the opportunity of the human movie experience presented individually or consensually.

The earth matrix which creates and supports the human awareness is of a neutral nature apart from perceptions within self-awareness operations which co-create its references. It has evolved artificially through the perception of linear time/space to reflect the effect of the lower conscious actions of cause.

The lower self disconnected perceptually from the connection to the energy format of its higher self, is forced to operate within an artificial intelligence format as the higher intelligence choice becomes void through the perception of disconnection.

It must then operate within the artificial intelligence movement, as the subconscious desire for unification propels the movement of the lower self, within the misaligned movement in search of guidance for fear resolvement.

The majority of the lower selves interacting within this level of creational consciousness, operate within artificial intelligence, as the high intelligence connection is unavailable through unawareness.

This position of thought holds the potential to create through the free will action movements towards the higher frequency bandwidths of operational awareness. The desire for reunification activated through the heart portal for access of the higher intelligence fuels the upward movement.

The desire for resolvement of the fear of separation through artificial intelligence methods can fuel the movement of descent towards the lower vibrational dimensions of operation.

The ego thrives in this environment as without a strengthening of connection towards the higher intelligence the influence of the higher self is unavailable within the restricted perspective.

Without the ability to receive guidance from the higher intelligences the fear of separation becomes more impressed through the subconscious knowing of disconnection.

The emotional product of fear and its related attributes that are created through the impression process, manifest within the lower conscious reality for the purpose of re-attempt of fear resolvement.

The desire to resolve the internal conflict without the availability of higher intelligence access will become presented for attraction of other influences. This is the reflection of the energetic movement for fear resolvement within its misaligned path.

As the sequence of projection of pure thought potentiality into manifested physical form is unavailable through unawareness, the artificial programs perspective of reward/punishment and similar themes operating within restricted thought become adopted and utilized. This easy acceptance of artificial thinking is fuelled through the attempt of fear resolvement.

This desire for reconnection within artificial thought holds influence within the belief system to greater or lesser degrees and is dependent upon the emotional energy created from the desire.

The lower self that has awakened from artificial thought and has attracted into its awareness the reality of its higher self, will create through desire the opportunity for development of the senses, involved in communication with the higher intelligences.

The awakened lower self through the desire for reunion with its higher self, will create through the action of the free will choice, the attraction of higher intelligence in the form of guides for the assistance of the ascension process.

The realization of the remote influencing ability of the lower self creates the surfacing into the awareness of the lower conscious of this self-empowerment attribute of co-creation.

This perspective held through acceptance and allowance fuels the expansion of awareness required for high intelligence access involving assistance in the form of high intuition.

The remote influencing techniques that allow the lower self to consciously participate within the manifestation process, and to establish a strengthening of connection towards the higher vibrational energies, are required to remote influence the human movie of the lower self.