The Portal Of The Tree And The Natural Energy Connection 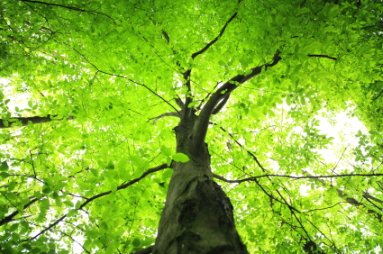 The portal of the tree through its access and employment will create for the lower self through opportunity the ability for communication in regards to the higher intelligences. This exchange and interaction of energies is achieved through the natural energy connection sourcing the projection of the non-physical into the physical universe. The receiver/transmitter properties of the human brain/mind are a micro reflection of the receiver/transmitter properties involving nature. The lower self through its human vehicle holds the potential for receiver/transmitter applications towards the higher intelligences. The lower conscious operating within a restricted awareness will create a low probability for thought interaction between the lower self and its higher energy formats.

Distortions held within the belief system as misconceptions, through establishment of negative influence create and sustain the restricted awareness.

Individuals or groupings operating within a low vibrational energetic cycle will not hold the ability for effective remote viewing and remote influencing involving higher intelligence access.

The non-opportunity is created through the inability of the individual or grouping to achieve sympathetic resonance with points of thought operating within higher frequency bandwidths.

The lower self through the unawareness/unacceptance of the unifying subtle energies that hold and support the operations of the lower conscious, will negate activation and development of abilities that allow, the sensing and communication with these higher energy consciousness operations.

Through the collective perception held within the mass consciousness energy field, apart from vital processes, the portal of the tree for higher intelligence communication is of an extremely low awareness.

The exchanging of gases vital within the physical plane, are subtle clues as to the underlining process involving the unifying movement of energies that create the opportunity for self-awareness.

For the unaware the tree most often holds the vital functions of physicality within their sphere of awareness, for the aware it is a portal to the non-physical world.

Through points of thought/focus within the co-ordinational effect of the earth matrix and its perception of linear time, the knowledge of the portal of the tree has been held and distributed among the accepting and the elected.

The lower dark energy influence over the collective unconscious of mankind has seeded many misconceptions within the collective belief structure. The antagonistic held perspectives of individuals or groupings involving the natural world, through the intention of dominion and its sequential action of control, are distortions seeded and nurtured by the collective fear of mankind.

The counter balancing effort observed within the mass consciousness though/energy field are communication activities within the higher intelligences.

These high vibrational desires gain entry through the portal within the unity point of awareness of mankind via the unity portal of the natural energy connection.

High vibrational movements involving lower conscious self-awareness operations, are activated through the unifying energies for involvement and continuation of the sphere of awareness.

Individuals or groupings that are aware of the subconscious desire for rebalance within the natural world, and hold these desires strongly within their belief system, will create opportunities for continuation of movement of the rebalancing effort within the physical plane.

Distortions held as misconceptions involving the natural world through its complex mechanisms of interconnectedness will require clarification for proper communication.

The individual or groupings that have sensed the deep subconscious call for rebalance and resonate with this desire, will create the opportunity for the development of ability, for sensing the non-physical aspect involving the natural energy connection.

Distortions sent into the return flow of the natural energy connection, will create barriers for the receivement of purity in regards to the higher intelligence information collection process.

The constant heavy influence upon the earth matrix by the lower dimensional dark energy beings and artificial thought mechanisms, has attracted many potential agents for movement of restricted thought/desires into the collective conscious of mankind.

Individuals or groupings operating within a low vibrational energetic cycle will not hold the ability for discernment gifted by the higher intelligences in the form of pure intuition.

Without the ability of proper discernment, negative influence through its mechanisms of action, will hold a high potential for implantation of misconceptions into the individual or consensual belief structure.

The emotion of fear and its related attributes create the desire of resolvement, without the guidance involving the higher intelligences, the process of resolvement will attract negative influences.

Misconceptions held and focussed upon will negate the successful resolvement of fear and create a high probability of further saturation of fear. This is created through the deceptive entry of fear based replacements disguised as positive influences.

Individuals or groupings operating outside the heavy low vibrational influence within mass groupings of reality, will hold the highest probability of receivement of high intelligence natural energy solutions.

Through the higher vibrational connection of nature the data received will be void of distortions and will function within complete alignment with the creational movement of nature.

These individuals or collections will require a strengthening of connection with the higher vibratory energy formats for the proper ability for refusal and non-participation with negative influences.

The portal of the tree can be employed through its access for requests and receivement of high intelligence for intuitive applications.

The tree portal is a pure thought connection through its high vibrational natural energy source. It is void of distortions as these intelligences do not operate within restrictions of awareness.

It is only within the return flow sent forth by the individual or grouping of low vibrational thoughts and desires, that create the inability to communicate with the high intelligence thought/energy field.

The desire fuelled through the fear of the unknown, for control and dominance over the natural world, will create the momentum for movement of negative energies towards manifested themes involving the desire.

The fear of separation is created through the perception of the self operating within a restricted awareness of its true reality. The lessons of fear and its manifested extensions coincide with the perceptions held within low vibrational consciousness operations and its related level of awareness.

They are lessons that through proper discernment within the experience/knowledge/wisdom process can reveal the interconnectedness of all of creation. It can thus create the desire for the development of ability of the higher conscience involving all thought/awareness physical or otherwise.

For the purpose of access and employment of the portal of the tree, successful remote viewing and remote influencing applications will require sympathetic resonance with the high vibratory rate of the natural world.

Within the presence of the tree in its physical form, remote influencing techniques that guide the individual or grouping to observe the tree without the illusion of separateness, will create through acceptance and allowance, the desire for movement into its vibratory rate.

Observe yourself from the perspective of the tree observing you and visualize within the eye of the mind what the tree senses as it is observing you.