Thought And The Temporary Human Life 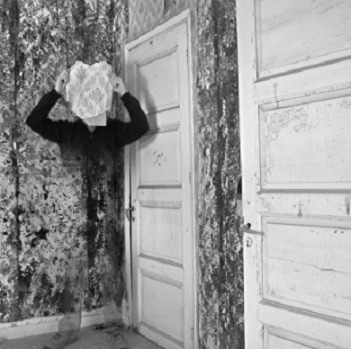 Thought evolution fuelled through the awareness of the temporary human life is the underlining base of perception through its perspective to initiate the development of individual and therefore collective perception within the temporal experience. The impression of mortality is created within the design of the human being through the interaction of the lower self via its biological form and its participation in its external environment through presented scenarios. The realization of a limited existence through the awareness of the formations inevitable end will generate the emotional energy through the fear of death, to powerfully influence the development of perception. The lower conscious locked within a negative cycle, through fear of death focus or subconscious influence, will create its perception from the perspective of unavoidable death.

The belief system which subconsciously governs the perception process is influenced through the data collection activities of the lower conscious and its associative references which hold the potential for impression within the belief system.

The movement of continuation within a self-awareness experience will involve the continuous collection of references for potential impression through the awareness and interaction of presented manifestations. Reference collection, definition and the act of redefinition through contemplation are the main processes involved in the development of the lower conscious.

The awareness of death through its obvious influence of direct sensory input within physical plane formation via the functions within the human design will create concreteness within the belief system. The impression of mortality and its associative emotional energy generation create the high potential of influence within the interaction/reaction/contemplation process.

The emotional energy generated through the fear of death focus activates anxiety within the mind/focus as the ability for resolvement is unavailable within this held perspective. The fear of death perception is a valuable learning tool through its temporal lessons via the human perspective.

The fear of death within the human perspective is a physical plane manifested reflection of the fear of separation created within the formation of the lower self/lower conscious as it is perceptually separated through the restricted awareness of its higher self.

The lower self through the human perspective operating within a low vibrational energetic pattern moves within its experience through its interaction of separation and its attempts towards resolvement.

The lower awareness employs its held perception of logic to manoeuvre through its reality sphere. The level of logical understanding is in reflection to the state of mind of the individual which influences the expansion and contraction of the reality sphere.

The subconscious storage of belief patterns through the action of energy generation remain active within the subconscious and heavily influence the projection/manifestation process as the storage structure operates within the area of the impression stage.

The subconscious placement is the movement initiated for the opportunity for resolvement attempts through further reference collection for the formation of logic to resolve the impressed experience.

This action can be observed within the human body through the storage of toxins due to the inability of elimination in areas of the body less detrimental to the vitality of the body.

Tension is created between the upper and lower conscious through the perceived logic of the lower self and its movement away from the high intelligence logic of its higher self.

The perception of logic within the lower awareness is formed through the collection of references and its recombination effort to form a sense of understanding for compatibility within the collective reference framework.

Within a restricted awareness the inability for proper discernment within an experience can potentially form illogical patterns within the existing logical structure.

The attempt of illogical data resolvement and related emotional effects encourages the lower self to move through the experience of lessons presented.

The action of the formation of an ineffective illogical recombination effort within the existing logical perception will create distortions and their potential continuation within the logic/perception process.

Without access to the higher intelligences operating outside the low vibrational awareness of the collective conscious, the lower self is forced to evolve through the artificial intelligence attributes of cause and effect.

The inability to discern the cause and effect relation towards the individual reality will create a high probability for the continuation of the lessons of cause and effect until proper understanding is achieved. The opportunity for proper discernment of the cause and effect process is made available through the accessibility of high intelligence intuitive communication and application.

Until the lower self becomes aware of the realization of the effect of cause fuelled through the belief system, the impressed perceptions will continue to manifest within the reality sphere until a correction or alteration occurs to reconfigure the impression/ projection/manifestation process.

The continuation of the formation of impressions into manifestation within themes and scenarios of the reality sphere creates the opportunity for clarification of distortions through the proper resolvement of the situation.

The creation of the ego is formed within the lower selves’ perception of self-awareness. Its underlying role within the development of the lower conscious is through its observer perspective. The observer role allows the lower self the ability for interaction with its external environment and simultaneous observation abilities.

The ego operates through the perspective of separation as the self-awareness operation involves an external environment. The involvement of the ego apart from its interaction and observation abilities, require emotional energy from the thought/focus of the lower self.

Thought/focus from a highly emotionally charged belief system incorporating the fear of separation will create a high potential for ego expansion and its reflected effect within the physical plane.

The ego/separation perspective is fuelled through the fear of death as its temporal existence coincides with the temporal existence of the human body. The movements of the ego within the human experience are based on barriers in the form of distraction to move focus away from its inability for fear of death resolvement, otherwise the illusory ego is forced to acknowledge its perceptual death.

The full appreciation and desired goal from the higher perspective entails the value of the experiences through the temporary human life, as powerful lessons for unity through the cause and effect of fear of separation actions.

Overcoming the fear of death through its resolvement must come forth in awareness via higher vibrational thought/energy fields operating within pure thought/conscience.

The guidance received for the individual or grouping through high vibrational thought/field access will create the opportunity for the ascension of the lower conscious towards its higher aspect.

This perspective allows for the opportunity of proper resolvement of the fear of death as its illusionary attributes become clear within the higher thought processes.

The temporary human life within all of its vast experiences, holds the potential to create the opportunity for high intelligence wisdom through the lessons of the temporary.