Remote Influencing And The Sleeping Human 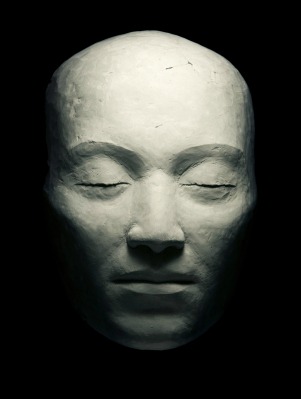 The believable reality of the human life is established within the co-ordinational effect and requires the self-aware vibratory consciousness, to operate within compatible rates in order for the sensory/perception of the lower awareness to hold the impression, within the belief system of the believable human reality.

Without the ability of the lower conscious to hold the perception of its self as a human being the lower self will not generate depth of impression within the subconscious belief system. The ability to generate depth of impression through the energetic plasticity of thought/light in its position within the interface of the upper and lower energies, is through the acceptance of themes, concepts and ideas observed within the reality experiences of the lower conscious.

The ability to remote influence a subject within a thought interaction, is within the acceptance of the external subject of the thought/influence of the lower self. The acceptance of the thought/influence involves vibrational compatibility or sympathetic resonance which generates, the sense of rapport which is sensed by the subject of the remote influencing attempt as a charismatic effect from the individual, who has successfully applied influence within the thought interaction.

The thought/influence of the interacting consciousness field is designed to hold the lower self within vibrational compatibility of its set designed operational vibrational rate. The set design influence for vibrational compatibility of its participants, within the functions of the interacting consciousness field, is for the intention of continued participation in order to develop the self-thought of the reality experience.

The awakening of the lower conscious from the automation of acceptability from its low vibrational seat of perspective, into a more expensive conscious control of remote influencing abilities through vibrational ascension, allows the lower self to consciously remote influence themes and situations within its reality experience.

The enhancement of perception within the expansion of the awareness allows the lower self the ability to comprehend its reality experience, apart from the reality experience of the limitations within the automation of the human reality. The increase of high vibrational energy within the energy body, generates the expansion of awareness and the simultaneous increase in light refraction from the lower energy body. The increase in the vibratory rate of the lower energy body and its, increase in intensity of light refraction into its reality sphere, can be termed within the current perception as enlightenment.

The increase in light refraction from the lower energy body into the lower sphere of awareness, moves the vibratory sphere into an expansive state, as it simultaneously increases the intensity of light within its mental sphere. This is required for the ability to experience thought fields, previously unavailable through unawareness, and the perceive the current and expanded reality through a high intelligent perception.

The ability of high vibrational thought/light focus to generate the sense of contrast in relation to the vibratory rate of the external object, allows the lower self to observe the external object from a high intelligent understanding. This is through the understanding of differential vibrational directions, which are observed in frequency rate and conscious and subconscious intentions played out within the physical plane.