Remote Viewing Through The Theta Window 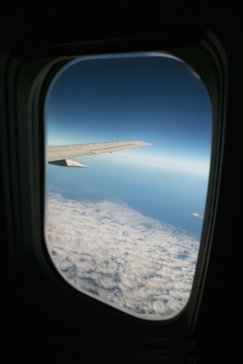 Remote viewing is the ability to receive information from the deep subconscious mind while remaining at the conscious level. It can also be called remote sensing as you are really using the senses that do not involve the five that decode our physical world. The brain then decodes the data into the human senses. This term became popular in the last century but has been used throughout our history under many different names such as E.S.P., clairvoyance and telepathy. In order to remote view effectively the mind must be positioned at the theta level while focusing on the data streaming in from the delta region. When the brain’s electrical wave patterns oscillate between 4 to 7 cycles per second this is what is called the theta state. This is the level that is experienced just before slipping into unconsciousness, where we enter the delta realm. This concept has become popular through some of the declassified activities of most of the intelligence agencies throughout the world.

As the allied countries became aware of the intense interest in this area and other paranormal research inside Russia, paranoia set in.

Realizing the amount of resources and funding the Russians were using most western governments clamoured to catch up.

It was discovered that espionage could be achieved through means that field agents positioned in foreign countries could not access.

Different methods for remote viewing were studied. The Americans research focussed on distracting the mind with mundane tasks in order to create a bilateral state of awareness.

Their techniques involved making the subject so bored with the tasks they were doing, that their awareness drifted towards the information streaming in from the deeper levels.

The Russians although achieving great success with the protocols established, researchers had to tip-toe around the communist dogma at the time.

The doctrines of communism shunned the nonphysical as the material world was solely concentrated on.

Remote viewing research in this country unfortunately took on a more sinister role as some of the documents that have surfaced indicate.

The western European intelligence agencies were more focussed on brain wave entrainment, where electrical brain wave patterns and their associative states of mind were explored.

The methods of shamans, yogis and similar practices were extensively studied, as their rituals allowed them to remote view very efficiently.

The conclusion was reached that the most effective method for remote viewing was through positioning the mind at the theta level.

This was due to the realization that the information that they were receiving came from the deep subconscious mind.

This level is the interface between the conscious and the unconscious.

The beta waking level does not allow for this ability, this area solely focuses on external stimuli in our everyday life.

It filters out most of the information that can be viewed from the deeper realms.

Although this practice can be achieved in the alpha state it was discovered that data was streaming in from the beta area as well as the delta region.

This creates what is called mind noise and the information will not be reliable.

The theta state is the location where remote sensing is but natural to anyone who can remain conscious at this level and avoid becoming pulled into the delta mind and losing awareness.

Techniques can be taught to train the electrical wave patterns of the brain to remain positioned at this level and are very powerful.

The techniques for teaching the brain to remain conscious while at the delta area are very effective for remote influencing.

In further articles I will explain why intuition and manifesting are necessary tools for the world we live in. Why using these abilities to connect to the higher self are needed, plus other similar topics.