Remote Viewing And The Human Brain 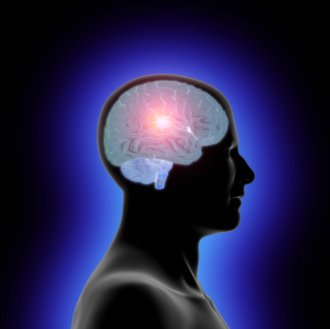 For successfully remote viewing information from the universal mind the human brain will have to be quieted in electrical frequency. This organ is still held in popular belief as the seat of thought for the human being. This is an understandable misconception as all of our holographic reality is perceived from this location. Its main purpose is to allow the higher self to play the role of the human being within a reflective thought process. As the higher lights plug into the earth matrix to experience a holographic reality a split in awareness is created. The lower self vibrates at a lower frequency and functions at a restricted level of awareness as it views creation through human eyes.

The higher self operates at a much higher level of vibratory energy and thus an expanded awareness.

Through the action of free will the higher self allows its lower part to make its own decisions based on its thought interaction with the earth matrix.

This split in awareness is needed in order for the lower self to learn and potentially evolve through the human character it is animating.

The purpose of all of the light individualizations of the Adamic being is to desire unification through the painful lessons of separation.

If the human being came into this creation fully conscious of its true nature it would not need to learn and evolve, one must lose itself in order to fully find itself.

These important and necessary lessons are needed so the individual can eventually develop a higher conscience.

The unfortunate realization of this process is that many of the human characters throughout their lives fail to awaken to their true nature and purpose within that lifetime.

This causes their natural remote viewing ability to remain dormant and the individual will not unlock its vast potential.

This is a part of the awakening as the individual senses that there is much more to their being that what is reflected in the mirror of creation.

This exchange of ideas fuels the learning process and creates the perception of separated thought.

Although the earth matrix and its various facets are a part of the evolution of mankind for ascension it has developed an identity that closely resembles the ego.

We are now discovering through our modest technical achievements that through the artificial intelligence programs that we have created, they too have or have the potential to create their own sense of identity as well.

This is a direct reflection of the separated human as it too develops an identity as the ego intelligence program gathers energy. This program is a learning tool that is a part of the human thought program which can be found within the memory banks of the earth matrix.

It is similar to a virtual reality game with an extreme level of intelligence and complexity.

The human mind is designed with limited awareness and mainly observes data from the earth matrix and its subdivision global consciousness.

It then experiences this interaction between the earth matrix and its higher self in its holographic world through the reality feedback mechanism.

The human character cannot ascend to the higher levels without a direct connection to its higher self and through this action a synchronization of vibrations.

The human brain has many roles in aiding the individualizations of light to learn through the life experiences of the human being.

One of its main roles is to restrict awareness of its true nature and create the illusion of an external material world through the human senses.

If the individual came into this world without the perceptual separation from its subconscious operations, they would constantly remote view their reality.

This action of restricted awareness automatically creates the ego as it becomes energized through the perception of the individual.

The ego is functioning at its highest potential when the brain is positioned at the beta mind level. While at this level the human character focusses on its external reality with a low awareness of its inner subconscious realm.

While the human character is operating within its reflective bubble of reality its true self is maintaining the biochemical processes of its human body.

This action requires an unimaginable level of intelligence from the human standpoint. The deep subconscious mind is constantly sending vast amounts of information and vibratory energy to fuel the daily processes of the human body.

The individual would not hold the ability to learn and evolve without the deeper levels of its inner self.

This area is also the source of projection for the human character through its lower self. The external environment of the individuals’ reality is perceived to be outside and disconnected from the individual.

This is a sensory illusion created between the vibratory light energy of the higher self reflecting upon the dark non-vibratory screen of the earth matrix.

For the lower self to reconnect to its higher self through the human character the human mind must be quieted. This can be accomplished through the lowering of the electrical frequency of the brain.

For the purpose of remote viewing information from the universal mind the brain must be position in vibration at the deep theta level of mind. This level of mind is the figurative ledge of the mysterious unconscious realm.

While the mind is operating at the deep theta level mental noise from the beta level which focusses on global consciousness is quieted.

This allows for the remote viewer to receive pure information from the higher intelligence pertaining to their personal reality and for the collective global reality.

A human child as well as nature operates mainly within the alpha and theta levels of the mind. At some point within the child’s development they are ushered into the ego centered beta waking reality.

This forces them to disconnect from their inner child and focus on the materialistic external world. Sadly many of us go through the rest of our lives without returning to this magical place.

There are highly effective remote viewing techniques that teach the individual to enter the deep theta level of mind by lowering the electrical vibrations of the brain.

The remote viewer will need to remain for as long as possible at this level while remaining conscious. The mind will naturally focus on the deeper subconscious levels as the human brain leaves the beta electrical cycle.

This will allow the individual to gather the information needed for the various purposes in their external and internal worlds.