Ascension And The King The Kingdom Within 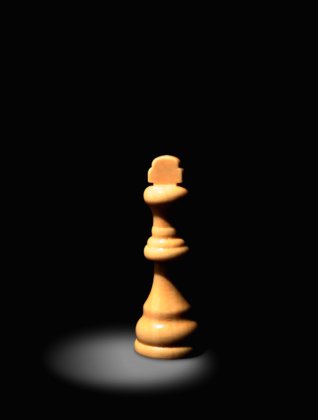 To climb back up the ladder of ascension you must first realize that the kingdom of heaven is within you. At the highest level of yourself you are the king. You are really the One separating itself into the many to learn through the game of duality. It is the light and it made the darkness from the valley that hides the light. The greatest rewards come from lifting ourselves up from this dark valley and back into the light from which we came. This game of creation that we are all experiencing is a difficult lesson in separation as we project into an inverted world. We are born as children of the earth matrix and many of us never leave. The rules we are given are mistruths and distortions as we cannot see as clearly in the shadow, what we see in the light.

In order for any of us to evolve in this creation we must discover the truth. We must see the deception all around us and see through the illusion of our material world.

The kingdom of heaven that is within you can be found behind the mirror of the inversion.

Its doors are to be found as we enter the deep subconscious realm, as this is where our world is projected from.

For the ladder of ascension to be found you must shine the light from your heart upon it.

Mankind will never find the ladder with a heart laden with fear and scarred with hate.

We will not be allowed to enter higher worlds where we are gifted powerful creational abilities without fully developing our conscience.

If we were to project into a higher world without this sense of right and wrong, we would destroy are creation with our negative thoughts and egotistical desires.

This is the reason we learn from the earth matrix at this level and for our potential ascension.

This construct of pure thought was designed as a tool for developing conscience.

It achieves this through projecting to us negative based scenarios that we have not thought of.

It tries to instil fear into our hearts and minds so we learn that the evolution of mankind cannot be found down this path.

It was designed to hide from us the truth that although we were born into this low level of creation we can lift ourselves from out of it, and back into the light.

It will distort the truth that you are the king playing the game of separation. That you are the One made flesh waking through the shadow of the valley.

In order to ascend back to paradise you must realize that the human you see in the mirror is the king without the awareness of being the king, and remembering the kingdom.

This matrix will try to lead you away from your true identity that you are the real light made manifest from the One. That the light we see in this creation is our light reflected onto the screen of the earth matrix.

We can only ascend to higher worlds while we are playing the game of separation.

If you were to remain stuck within the beliefs this matrix has influenced you with, you will have to project back into this shadowy game.

Once your higher light unplugs from this reality it remains trapped within the earth matrix until the lower self can ascend back to it.

If you live a life full of joy and unity for all of your creation, you will raise your vibratory light to a rate higher than the earth matrix.

To bring your lower self into the light of the One will cleanse the destructive thoughts that hide in the shadows of your deep subconscious mind.

Through increasing your vibratory light to that of your higher self you can manifest your desires for a better world into this creation.

You will find the ladder of ascension through the realization that within you can be found the kingdom of heaven and at the highest rung you are the king.