Ascension And The Inner Child 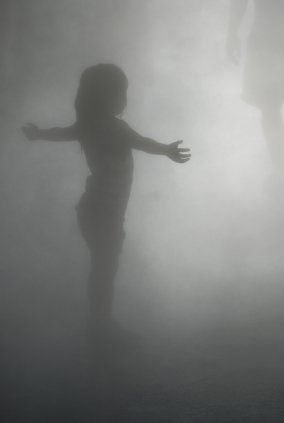 The ascension process can only occur with the proper development and nurturing of the inner child. This magical world of innocence and wonder has within its design a vast potential of unimaginable possibilities. It is sadly within our society abandoned and ignored through multiple influences all of which originate from a restricted awareness. This is an unfortunate direction of thought as these abilities are always available and only need activation. If called upon and more importantly if the individual holds the mental, emotional and physical capacity to receive these abilities, a whole new reality will open up for them. The material world and the non-material world are separated through the perception of a limited awareness. For an individual to operate within this creation an awareness of self is incorporated. This awareness automatically creates the illusion of the ego or the separated self. This in turn creates the perception of an external reality separate from the internal reality. The individual becomes aware of its boundaries which are perceived as the outside layer of the human body.

The awareness of separation creates a filter through the perception of limitation and effectively blocks the development of an open intelligence.

Although the evolution and potential for ascension are within the design of the human being and are ready and capable, a deeper understanding of the non-physical realm will be needed.

The essence of the inner child as its source of projection enters into the material realm at the point of conception.

Its awareness can manifest on a varied timing according to the child’s development.

The role of the mother is of the upmost importance from pre-conception to the continuous interaction with the development of the child.

The role of the father must not be overlooked as a completion of the whole of parenting and an equally valued component.

The natural process for bonding between mother and infant can only become activated through the heart intelligence.

The frequency of the heart creates the sympathetic resonance to accurately develop the heart intelligence of the baby.

The infant is ready and capable to synchronize with this level of intelligence, as it is the preferred mode of operation concerning the evolution of the child.

It is important for the mother to establish a bond between herself and the infant at the time of birth as the window of opportunity is opened for its strongest connection.

The baby’s heart must be positioned where it can feel the heartbeat of the mother, this will allow for the activation of the heart intelligence and a strong bond between the two.

Without an initial bond between mother and baby the infant, through the absence of this connection senses abandonment and without a correction a spiral of negative influences can occur.

Through the heart and the high vibrational energy of unconditional love the bond between mother and infant can form.

A similar bond forms from the high vibratory energy of nature through the unity point of the earth which is a portal.

The activation of the heart intelligence through sympathetic resonance triggers biological processes in the area of the brain.

This is needed to process information received from higher vibrational areas of intelligence.

This high vibrational force originates from the original feminine expression of the One and the desire to create.

This creative expression is the source of projection for our planet earth as it donates its support through a physical environment and through its high vibratory energy if accessed.

This enables the earth matrix to function for the purpose of thought interaction through the screen of creation.

Its strong influence has saturated the collective unconscious and our individual belief systems with fear, limitations and similar themes.

Without clarity from the higher guidance these ideas become obvious truths.

Through our collective fear of the unknown we have easily relinquished our inner power to forces caught in separation.

The majority of humanity views creation through the perception of the separated inner child.

Many never reconnect back to their child self and experience the rest of their lives with this subconscious sense of abandonment.

Ascension towards a fully operational high vibrational being with the ability to access the higher intelligence and guidance can occur for any member of society.

This is the importance of the human experience as ascension can only occur for the lower self through the learning and evolution of the human lifetime.

If the human entity has not chosen to ascend due to a restricted awareness or through the lack of evolving, they must plug into this level of creation again until reunification of all of its members occurs.

The inner child that resides within all sentient beings longs and awaits patiently for this reunification.

The adult self must look inward and reconnect to their inner child and de-energize the sense of abandonment.

Through this reconnection the child self can view creation through the adult eyes and the two can renew their sense of awe and wonder as they climb back up the ladder of ascension.

The Remote Influencing Ascension Guide homepage The Kingdom Within