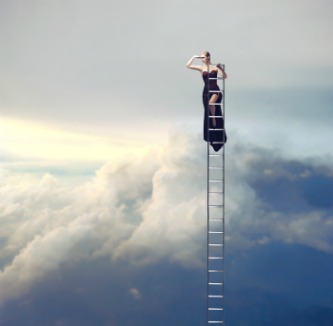 The conceptual structure of ascension within modern society is formed through a general consensual application within the collective mosaic of the experience, knowledge and wisdom process. This process involves the mass consciousness thought/energy field and its complementary action of mass energy focus which fuels the manifestation process into form within the physical plane. The constant, heavy focus on separate thought within the material world and its related nomenclature, definitions and meanings are revealed in the reflective process within the physical plane as academic thought and similar pursuits. The separate thought process of all self-awareness energy/focus movements involve the initial thought and the interaction/reaction/contemplation process which forms a by-product for reference within the individual or collective reality. The by-product of the separate thought process is collected within the memory/impression structure of the creational matrix and projected onto the mass consciousness thought/energy field, for the continuation and evolution of the separate thought process.

The continuation and evolution is propelled forward through the recombination of selections for focus within the memory/impression structure, for continuous participation of thought interaction involving individuals or collections of reality.

The mass thought influenced memory bank of the creational matrix, through its internal artificial intelligence processing and continuous interaction/reaction with individual, consensual or mass thought applications, will create further influence through manifestations of physical matter and non-physical focus into the collective reality.

Through the movement of thought interaction and the desire of consensus for foundational learning, a consensual reality field is created through reference collection. This in turn propels, through access of use and consensual application, further evolution of references within the consensual grouping. The location for this activity is within a point of focus within the universal mind, and therefore collected and employed as references within its evolutionary process.

The concept of ascension within modern society thinking will form within the general mass consciousness structure modified to comply within the beliefs of modern thinking. The movement within the thought process to generalize and modify, to uphold currently held beliefs, falls into the desire for the resolvement of the fear of separation.

Alterations in thinking influenced through, the innate fear within self-awareness realities, is created through the primal reaction to the fear of separation and temporarily resolved through the consensual grouping.

The self-awareness emotional by-product of the fear of separation can create variations of thought movement and is dependent upon the individual, consensual or mass reality. This dependence involves the continuous evolution of the general concept within the collective thought interaction/reaction/contemplation process.

Collective thought that has evolved within the mass consensual reality to form impression within the collective mass belief structure, will force individual or lesser groupings current mode of thought/ideas to conform through modification, or continue within the current established belief. In regards to the ascension process, the more alterations of movement within separate evolution, the more unclear the picture becomes.

The powerful energetic movement of mass focus will influence manifestations within the physical plane to form according to their framework of belief. This will in turn further establish through the cause and effect mechanism, references for consensual applications.

The desire for conformity and its related actions create barriers for conscious expansion and therefore effective ascension within the self-thought contemplation process.

The collective fear of mankind has created vulnerability towards external influence, and its extreme movement of imposition, for the purpose of seeding alterations within the self-thought belief system individually and collectively.

The perception of materialism within the linear time/space program espoused proficiently within the artificial thought processes of the earth matrix, has influenced modern society to evolve its collective thought and therefore collective beliefs to espouse these influences.

The unacceptance of high intelligence references for the movement of thought away from artificial thinking ,will create a high probability of continuation of thought interaction/reaction involving artificial thought.

Ascension of the individual, lesser grouping or mass thought within a restricted awareness, holds a low probability as triggering mechanisms for the desire of high intelligence communication are hidden through unawareness.

Without proper understanding of the energetic sequence of non-physical potential that manifests into the physical plane, nomenclature, definitions and artificial thought by-products will govern the influence towards further manifestations.

The desire of movement of thought in relation to the understanding of the material world through nomenclature and its complimentary activities towards definitions and meanings is fuelled through the fear of separation.

Its action of attempted resolvement is through sympathetically resonating within its dominant view of materialism. This is an imbalance within the proper understanding of sequence involved within physical plane formation.

The dominance of focus upon the non-physical with low value properties expressed in relation to the material world, is a reciprocal movement within reactionary thought involving the two extremities of thought and established belief.

The self-awareness attribute of the fear of the unknown fuelled through the emotional energy within separation awareness, will create the desire towards both oppositional pole movements involving positive and negative energies.

A proper balance in regards to the understanding of wholeness and the complex interconnectedness of individuality within a collective being or structure, would entail a proper sense of the sequence involved within the physical formation of matter from its non-physical energetic potential.

Modern societies’ perception of consensual views and related thought processes involve reverse engineering of physical manifestations for an attempt at understanding the non-physical.

Within the artificial thought properties of evolutionary movement in regards to the non-physical/physical connection, the non-physical progression of understanding is heavily influenced through conformity within mass consensual viewpoints.

This held perspective of concentrated focus on matter within modern society, creates barriers for the expansion of consciousness, through the unawareness of the proper understanding of the reality cycle.

The mass consciousness thought/energy field is therefore handicapped in ability for ascension through the desire for conformity as an attempt for fear of separation resolvement.

For ascension to occur within the mass consciousness creation of modern society, triggering mechanisms will have to surface into the collective awareness. Their purpose is for the activation of conscious expansion, within individuals or groupings operating within the consensual reality process of modern society.

This movement holds a low potential within the morphic/thought field as the heavy focus on materialism within modern society, will negate higher intelligence communication and its potential manifestation within the physical plane.

The restricted artificial thought allowed continuation within mass focus, will hold a high probability of the pursuant of extremities within separation thought.

This movement unhindered over perceptual time/space will create alterations within the energetic connective pathways involving the non-physical/physical formation process.

Only through the extreme lessons reflected through the cause and effect of artificial separate thought movements can individuals, lesser groupings and mass thought come to the realization, of the consequences of the misalignment, within the mass consciousness movement.

These misaligned movements in extremities hold the potential of higher intelligence communication through the desire for proper resolvement through realignment.

The desire for realignment through effective fear of separation resolvement, within individuals or consensual applications, will create the attraction of higher intelligence involvement.

The involvement will surface within the awareness of individuals or groupings as clear undistorted choices within the free will process.

This opportunity for ascension through the intuitive guidance of higher intelligence communication, and removal of distorted effects from the cause of artificial thought involvement, will create a higher probability within the potential of mass ascension within modern society.