Ascension And The Fallen Consciousness 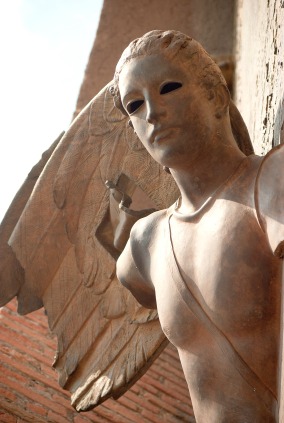 Within the self-perception operating through limitations the unknown is conceived. Limitations within the self-perception equate to the capacity of sentient thought/light to permeate its sphere of awareness and the coinciding presence of darkness or the unknown, which the lower self holds with degrees of the perception of existence within its external reality. The perception of darkness as an external reality phenomenon falls into the avoidance and distraction of internal conflicts which generate the movement of contraction within the energy body, which in turn generates the sense of limitations within the self-perception. The avoidance and distraction of internal conflicts through the subconscious mind involve, the relocation or burying of impressed thought/belief reference frames and the associative emotional signatures into sub-locations from memory recall, which entail decreases in thought/energy connections to the conscious reality.

The collective consciousness expressed within humanity through the world of physical form is an expression of the fallen consciousness. The ability to exist within the physical plane requires a vibrational lowering of the sentient energy body/field for vibrational compatibility. The desire/decision to participate within the physical plane human reality is initiated from the higher vibrational realities of the self and involves the influence of oppositional movements of thought/energy and associative reality effects of energetic states within degrees of balance and imbalance. The desire/decision of the higher self to experience the human reality are as varied as, the personalized free thought intention expressed within a unique vibrational signal, which espouses a unique creative expression or self-perception. The movement into the fallen consciousness from the higher self into the human reality experience is left for the lower self to unveil within its human lifetime. The ability of the lower self to properly interpret the intentions of the higher self, for its relocation into a perceptually isolated and separated existence from its initiating seat of perspective, requires clarity within the higher self thought/energy channel. The clarification of signal within the higher self energy channel is conducted from the lower self reality, through its removal of distorted energies within its connection to its sentient thought/energy source.

The desire/decision of the higher self to experience the physical world of form automatically dampens or restricts its movement of sentient thought/energy. The contractive force of creative expression holds greater influence within the physical plane which is required to hold the perception of physicality. The increase in the contractive force of creative expression within the physical plane is required to limit the expansion of the creative intention as a supportive mechanism for the restricted awareness, which requires balanced growth for optimal expansion. The action of increases in contractive energies for the expansive energy of sentient thought/light intention becomes dampen to allow the perception of containment within the physical human reality. The increased force of the contractive energies of creative expression towards the thought/light intention can be observed within the physical plane as matter. The increase in the contractive force for the expression of physical form is designed for balance and allowances in the movement towards states of imbalance. The desire/decision of the higher self for low vibrational thought/energy expression or a fallen consciousness seats its low vibrational intention into a position for resolvement, through the desired/decided reality experience. This activity falls into the action of free will and the coinciding law of attraction.

The inversion of the contractive energy movements of creative expression towards the expansive movement of creative intention involves the imbalanced movements of contractive creative expression which acts within severities of its contractive energies to stagnate and restrict the creative intention to form expression. The movement into artificial expansion involves the perception of un-importance towards balanced growth which stabilizes the lower self to move its creative intention into alignment with its higher non-physical seats of perspective for movement within harmonious expression. An example can be observed within the physical plane as the desire/decision for imbalanced freedom or a lawless society, before its reality participants have collectively evolved their sense of personal responsibility, to allow such a reality without a high probability of destruction. Harmony or balance can be achieved from the higher self as its lower conscious returns through ascension into the seat of its self. The movement of artificial contraction involves the perception of un-importance towards the creative intention for creative expression, which causes the lower self through the believability of its reality experience to contract, which limits the thought/light energy of the higher self and the energy movements of the creative intention. An example can be observed within the physical plane as the desire/decision for a heavily controlled society in which severities of limitations are expressed within the applied laws upon the population.

The anti-movement of ascension or the fallen consciousness allowed expression within the progress of anti-evolution creates a subdivision or sub sphere of reality within the consciousness field and is conveyed within the collective human reality as the appearance of manifestations associative of the sub sphere of reality. The sub sphere creates a division through its severity of movement against the accepted normalities of current society and further intensifies within the establishment of its movement, into polarization of a manifested oppositional movement or intention, against the sub sphere of extreme development of anti-evolutionary thought. The automatic creation of extremities within the polarization process which is influenced through imbalances in energy movements, generates an equal and opposite effect of contrast as a landmark for the ability of the lower self to perceive the severity of imbalance in energy movements within its external and internal reality environments.

Ascension And The King