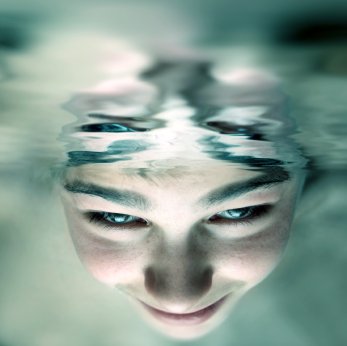 The Portal of Delta connects all sentient beings to the deep inner realms of the unconscious mind. The lowering of the electrical frequency within the human brain coincides with the lowering of the human awareness of its external environment. The lowering of awareness of external stimuli allows the lower self to focus its awareness towards the inner subconscious processes. This creates the ability for the lower self to access information through thought interaction with intelligence fields operating outside of perceptual space and time rather than information collection through linear time in the physical universe. The remote viewing techniques that teach the individual to remain conscious while operating at the deep theta level will enable this ability through development. The deep theta level of the mind is positioned on the ledge of the mysterious unconscious mind, the levels of delta and beyond.

The design of the human being within this creation is to allow the lower self the opportunity to learn through thought interaction with the material universe.

The human being focussing mainly on external stimuli in the material world will operate, with proper brain function at the beta level of awareness.

This level of awareness allows for the sense of maximum separation where the illusionary ego operates with full consciousness.

The lower self is created through its higher self’s interaction with the earth matrix of our creation.

This matrix or web of life organizes individual spheres of awareness into the perception of co-ordination and cohesiveness in order for the game to appear real so to speak.

Many of the lower selves through the human being never awaken in their human experience, and return to this level of creation through many human forms.

This level of creation is of a very advanced level of learning in preparation for potential high vibrational beings.

This is a very challenging environment for ascension, as the low level of awareness in which the human being operates and the vast creative intelligence of the earth matrix are barriers that will have to be overcome.

The opportunity for the ascension of the lower self towards its higher self are within the human design.

Awakening to the source of projection in the unconscious mind through the portal of delta is a transformational experience for the human awareness.

There are many paths for the lower self to experience within its reality many do not lead to higher creative potential.

This is a fundamental component of the learning protocol of the earth matrix.

The lower self cannot merge with its higher self through sympathetic resonance until the activation and development of the heart intelligence occurs.

Remote influencing while operating consciously at the delta mind level is a highly effective method for manifestation.

This ability allowed through the delta portal enables the lower self through the human being to form thoughts and desires into their physical reality.

A cleansing and de-energizing process of the subconscious belief system will have to be undertaken as an initial step while operating consciously in this area.

This area of the mind can then be accessed for reprogramming with desirable and positive thoughts and ideas to support the ascension process into a fully operational high vibrational being.

The physical heart operates mainly below the level of awareness of the individual through subconscious actions and does not need conscious activation for the role of the human being.

The heart intelligence, which is not required for basic survival needs will need to become activated through conscious involvement.

The heart intelligence is a dormant potential until activation and further development.

This activation is necessary to achieve a higher rate of vibratory light energy.

The electrical wave activity of the human brain in the delta mind position synchronizes to the electrical vibrations of the physical heart.

This is not a random act as it is an evolutionary potential built into the design of the human program.

Through the portal of delta and upon entering the unconscious mind with awareness, the connection to the heart intelligence can be activated.

The key factor in determining success is the ability to remain conscious and intent operating above or below the awareness of the individual.

The lower self through the human being holds the capability to ascend to new heights with higher creational attributes all that is needed is breaking through the surface of unawareness.