The Portal Of Purification And The Flame Of Divinity 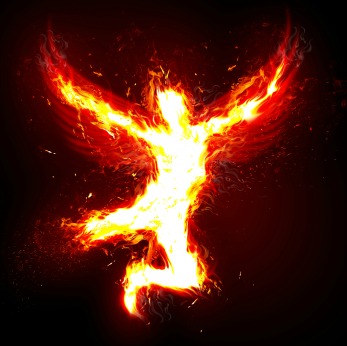 The Portal Of Purification which is seated as the doorway to The Flame Of Divinity resides within all sentient beings. Its location is found through its surfacing into the awareness of the lower conscious. The momentum for attraction into the awareness is created through the dynamic action of emotional magnetic energy generation which creates the attractive properties. The desire for removal of reoccurring themes within scenarios and for the replacement with what is desired for experience is the initial movement for the surfacing into the awareness of the desire for co-creational abilities. The surfacing into awareness or remembering of the co-creational ability to remote influence reality through thought and its development within the reality sphere are required for proper development of the lower conscious.

The belief in ability to remote influence reality and its presentation into the sphere of awareness is dependent on the degree of limitations held within the individual perception.

The perception an individual sphere of awareness holds will act to greater or lesser degrees as a filtering mechanism through its ability to alter the observations of the observer. Continuous interaction within the individual reality sphere with external stimuli, create the further development of perception through the thought/interaction/contemplation process which establishes the belief system.

What is viewed through the reflective properties of the supporting matrix is the accumulation of accepted references within the belief system through its previously held perception which attract manifestations tailored to the perception/belief process of the individual.

Manifestations appearing within the awareness of the lower conscious will operate within the influence of the belief system and its associative perception as the perception of the observer affects the observed.

A sustained interaction through the employment of perception within a set spectrum of movement, influenced by the belief system, can be observed by the observer as the projected formation solidifies into the physical plane.

The development of the belief system and its influence within the perception process are fuelled into momentum through the complex connective properties of the earth matrix which encourage and support thought interaction and continuation of experiences.

The lower self operating within perceived restrictions, through low vibrational influence, will not hold the ability to recognize the proper energetic sequence of projection to manifestation and the role of the belief system in the activities of cause and effect.

Only through the expansion of the perception process can the observer hold the ability to become aware of the inner workings of its sphere of awareness and the potentiality of influence it holds for application within its reality.

The further development of awareness through high intelligence communication would reveal the stage within the ascension process that requires the non-attachment properties of the higher intelligence thought/fields for passage. The proper communication would thus unveil to the accepting and willing the high knowledge of The Portal Of Purification and The Flame Of Divinity.

For the lower self operating within a restricted awareness unable to alter its reality through its held limitations upon its perception, the movement into the awareness of perception expansion, must come forth through the high intelligence assistance presented into form for the purpose of acting as triggering mechanisms.

Triggering mechanisms that surface into the awareness of the lower self are attracted through the subconscious desire for the resolvement of the cause of undesirable themes within manifestations presented into the individuals’ reality sphere.

The triggering mechanisms that are projected out into position for the opportunity for awareness are the by-product of the desire for assistance which has opened communication with the individuals’ higher self. The allowance created through the desire allows the triggering mechanisms to become seeded into the belief system of the lower self for the opportunity for internal processing.

The lower self that has invoked a sense of uncomfortability through the awareness of the triggering mechanism has begun the initial movements into conscious expansion as the held perception comes into question.

The sense of uncomfortability comes forth through the degree of realization that the individuals’ perception of reality may actually operate within a system of limitations.

The surfacing into the awareness of unfamiliar references for comparison with existing reference frames through the desire for the expansion of the lower conscious is the reflection of the desire made manifest. The desire for unfamiliar references for comparison and potential integration will initiate the movement of energies into the morphic/thought field for potential manifestation within the individual reality sphere.

The integration of unfamiliar references into the impression stage of the belief system can be observed as manifestations within themes and scenarios as a reflection of the recombination effect.

Without the ability for the lower conscious to perceive beyond its limited perception the expansion of perception will be of a low probability. Without the energetic desire fuelling the initial movements into expansion the free will action of the individual has chosen non-participation consciously or subconsciously.

For the lower selves that have awakened from the influence of a limited perception the continuation of the desire for perception expansion will create attraction for high intelligence communication.

The ability to communicate with high intelligence thought fields will coincide with the expansion of the individual perception. The determining factors involved in creating continuous momentum towards perception expansion are the free will choice and the degree of impression within the belief system of the desire for perception expansion.

High intelligence communication via the higher self is required for the proper discernment involving perception within a situation as discernment in the form of pure intuition will reveal the energetic intention and movements behind physical plane manifestations.

The ability to remote view and remote influence the higher self will establish an effective communication channel for high intelligence data recombined within the physical plane through the ability of proper discernment.

The desire for movement into the expansion of perception is dependent upon the degree of impressed limiting factors held within the belief system. In regards to sphere ascension impressed limiting factors will require removal through the proper understanding of non-attachment. The Portal Of Purification can be accessed through the pure intention and desire for non-attachment and unity. The proper passage through The Flame Of Divinity unveils the non-physical spiritual world as the lower self has achieved vibrational ascension though the ability to perceive within a higher dimension.

The portal Of purification into The Flame Of Divinity cannot be accessed without the free will choice and desire for entry into the portal. Within all sentient self-aware thought processes the co-creative attributes of the free will choice are presented and available regardless of awareness of the ability of choice.

The successful entry of The Portal Of Purification into The Flame Of Divinity creates the purification of the lower self through the willingness of the lower self to remove all attachments to the separate self. This is required before achieving sympathetic resonance with the un-self aspect within the higher perspective.

The remote viewing and remote influencing techniques that create the opportunity for high intelligence communication and the expansion of perception are powerful tools for sphere ascension through the entry into The Portal Of Purification and The Flame Of Divinity.


The Remote Influencing Ascension Guide homepage The Portal Of The Sun