Thought And The Human Awareness 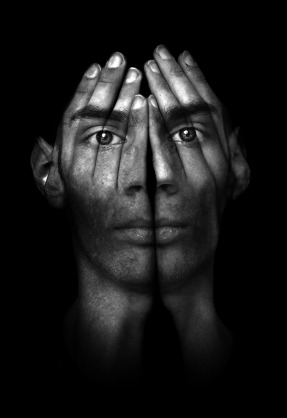 Through thought and the human awareness, the high vibrational energy format of the higher self via the lower conscious operations of its lower self can experience creation. The human body which houses the higher frequency embodiments’ lower frequency extension upon conception, creates the opportunity for the development of the self-consciousness. Through the action of the cause and effect mechanism attached to the free will choice, many movements away from the initial starting point will be achieved. The higher self within its collective understanding of intention of its subgrouping of higher selves, influences the selection of the human thought program in movement with the collective intention of the subgrouping. This may equate to ancestral perception, or similar collective sub-thought for the purpose of establishment of the belief system. This action for concreteness of perception through the ability to impress, will create the high probability of interaction of the higher self subgrouping. The concreteness can be observed within the family grouping, close friends, and similar themed manifestations within the collective reality spheres. The intention of selection creates the ability for the lower self housed through the biological entity, the opportunity for collective experience and involvement of the higher self subgrouping. The movement away from the initial starting point is fuelled through the desire influenced through the artificial programs complex mechanisms of family perspective, social conditioning and various forms of interaction with perceived external influence. These variants within the artificial programming fall into the context of lower conscious development, evolutionary or de-evolutionary which is dependent on the free will choice action.

The purpose of free will choice within the self-awareness movements to and from close interaction with manifestations within a subgrouping of higher selves, are supported and reflected through the free will action.

Through the un-resolvement of perceived negative influences presented for the purpose of wisdom through experience, within the thought interaction of an individual or consensual application, many of the lower selves fail to awaken from the creational dream.

The lower self will only become aware of what it believes it can be aware of, this follows the creational movement of higher intelligence through logic.

Without the desire for unification and positive pole manifestations, within the individual or collective experience, the absence of the emotional energy required to fuel the movement into potential expansion of consciousness, will negate this action through unawareness of opportunity.

The lower selves through the negative emotional energy of the fear of separation, and the misconceived desire influenced through this perspective, will create perceived temporary resolvement within the external influence for the purpose of relief.

This movement holds a high probability for alignment with the perceived external influence in various forms. This is achieved through the action of sympathetic resonance via the desire for resolvement of the fear of separation.

Without the true alignment of the lower conscious towards its higher energy format connection, misconceptions presented within the external influence, will hold the ability to efficiently establish distortions, within the higher energy connection.

This is accomplished through the entry via acceptance within the individuals or a consensual groupings belief system. The free will action of choice can be used as an entry point for the misconceptions presented.

The fear of separation creates the perception of anxiety for the purpose of the creation of momentum required for the resolvement of the negative emotion.

Within the restricted awareness of an individual, de-evolutionary spiritual movements through heavily distorted free will choices, will initiate the attraction and or continuation of the negative energetic cycle.

The human awareness in which the lower self operates within through thought interaction and contemplation, is a sub sphere of awareness within the over sphere of the One mind.

The perceptual circumference of the sphere, or degree of consciousness expansion and contraction, is an easily established belief within the thought influence through interaction of the perception held, within the individual or collective human awareness.

For the individual or consensual realities heavily influenced by the human thought programs perception of separateness and the self-awareness attribute of boundaries, expansion of the sphere of awareness will hold a low probability.

The expansion of the human awareness through, positive pole energy desire of movement involving the lower conscious, is of the highest importance for the higher self.

The lessons of the human being through the perception of restrictions, holds as much importance through the potentiality of movement via the desire for consciousness expansion.

Only through the lessons of separation, its emotional by-products and the interaction and observation of the cause and effect mechanism, can the remembering of the whole initiate the movement towards ascension.

The lessons of self-consciousness through the various degrees of restrictions, can create the opportunity for the desired goal of the higher self in regards to its lower conscious operations.

This desired goal for the surfacing into the awareness of the lower self of its higher self, must come forth through the lessons of the human awareness and the self-thought process.

The thought interaction of the lower self via its human housing/vehicle creates the opportunity for efficiency through effectiveness within the experience/knowledge/wisdom learning process.

Without a strengthening of connection involving the higher vibrational energies, within the potentiality of consciousness of its higher intelligence format, the learning process will manifest a perception of incompleteness.

This is created through the absence of proper discernment for the application of wisdom through experience.

Attraction and entry of manifested misconceptions, into the belief system through negative pole energetic movements, will create barriers for the expansion of consciousness.

These barriers of perception will require clarity of connection towards the higher frequencies of awareness for elimination of distortions. This action is required for effectiveness within the de-energizing process, within the individual or collective belief system.

Movement aligned within the proper energetic sequence of the Christos path, creates a powerful agent of momentum for the fuelling process of the expansion of the human awareness.

The remote viewing and remote influencing techniques aligned within the Christos path, will create the opportunity for effective ability, for the de-energizing process of negative energetic patterns within the belief system.

This process is vital in regards to the consciousness expansion of the human awareness. A clarification of distortions operating as barriers towards the higher intelligences will require application. This is required to fuel the sphere expansion through acceptance and allowance of high vibrational energy assistance.