Thought And The Mind 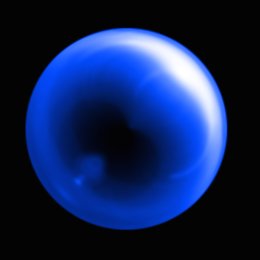 Thought is awareness, it is the only reality and everything else is a manifestation of it. The perception of it gives us the illusion of our existence and everything is a projection of it. What we call our mind is a subset of the infinite intelligence of the One, pertaining to the sphere of operation and awareness associated with the level of creation it is interacting with. In our creation, we as the subdivisions of the Adamic being operate within our individual spheres of awareness. This is also called the bubble of reality. In order for us to have the perception of living a life as a human, we interact with the mind of the earth, through its matrix. We project our vibratory light onto the screen of the matrix and it reflects the light back as our reality. The earth is a subdivision of the universal mind. The collective vibratory light we view as a reflection in our reality are the separations of the Adamic being.

The collective consciousness of mankind within the Adamic being, is also a subdivision of the universal mind.

The human body is a part of the earth, it allows us to play our game of creation.

As you enter the subconscious with awareness through the portal of delta you lose the sense of self.

The only difference between consciousness and the subconscious is awareness.

What you are aware of is the conscious and the subconscious operates in the background without awareness.

This background operation allows us to focus on the game of creation.

If we had to concentrate on the numerous chemical and electrical processes that keep the human body alive every second, it would take a tremendous level of intelligence.

The brain is not the origin of thought; it is the interface that allows us to decode our reality through our senses.

The intelligence of the One is all aware and can only restrict itself.

It does this to create the subdivisions’ of itself with limited awareness so they can evolve through creation.

All of its parts are sub-creators, some to a high degree and others have very little ability depending on their level of awareness.

Emotion is the energy that is generated by the thought, as you focus your attention on stimuli it triggers an emotion.

This energy of the emotion affects your vibratory rate.

Fear related emotions are of low vibrations and love related ones are of high vibrations.

To remain focussed on fear stories will keep the individual operating within a level of low energy vibrations.

Through misconceptions and similar notions, the earth matrix of our creation holds a higher degree of influence through unawareness.

If you were to concentrate your attention on love, unity and similar thoughts and emotions you will raise your vibratory rate to a level higher than the level of this matrix.

This is a key to remote influencing the earth matrix and the ascension process.

If we were to interact with a higher level matrix our vibratory rate of energy would be much higher and what we think of would manifest more quickly.

This is why the Adamic being that we are a part of operates at this level of matrix.

You will need to control your thoughts and emotions and choose creative themes instead of destructive ones before you are allowed to ascend.

This is why the techniques that teach you to remote view and remote influence the higher self are so important.

This is the key to the game here, as reconnecting to the higher self will give you the guidance, higher intuition and the tools for ascension.

If we were to all reunite through the realization that we are the One experiencing life as different expressions of itself.

We could then ascend to a higher creation where love instead of fear is dominant.