Thought And The Awakening A Positioning Of Souls 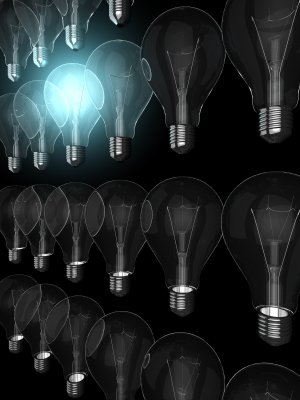 Through focussed thought aligned with the creative expansive higher energies, the awakening and expansion of the lower conscious mind can occur. The acceleration of the mass consciousness energy field within the downward negative spiral towards the lower planes of awareness is a resultant of inversion of the higher vibrational energetic cycle. These reciprocal movements of energy patterns have aligned many of the lower selves within the physical plane to their recalling of memory to their assigned roles within human operation. The over-energy cycle has caused amplification through its dynamic motion onto the reactionary sub-energetic cycles and is reflected against the screen of creation through both poles of awareness. The vast energetic movement of mass consciousness sympathized with restricted dark energies has created excessive tension through the imbalance of energies within the interface between the lower and higher frequency bandwidths of awareness.

The accelerated imbalance within both poles of creation has created breaking points for entry of chaotic potentials readied for formation within the physical plane.

The intensification of manifested experience through both poles of awareness will impress in the subconscious of an individual or consensual grouping.

This action further accelerates through concreteness within the belief system the continuous movement away from the balancing point between the aware and the unaware.

The activated sequences of de-evolutionary potentials within the coagulation of the lower dark energies have transformed conceptual energies into animation within the earth plane.

The physical reinforcement of belief structure and therefore re-invoking of mass consensual intention as a reactionary product of negative emotional entanglement further separates awareness through its downward vibrational movement.

The focussed dark restricted awareness within the mass consciousness energy field creates barriers for access of higher vibrational intelligence required to activate the awakening of the lower self.

Triggering mechanisms designed for activation of conscious expansion have been seeded and originate from within the unity consciousness.

These activation tools initiate the awareness of connection between the lower self and its higher energy formats.

The attraction of the triggering mechanism within an individual’s awareness is a direct reflection of the deep intuitive subconscious desire for clarity of distortion from the fear of separation.

For the lower self that has initiated the awakening process, from the emotional product of thought-intention towards unification of all members, manifestations within the material world will reflect the movement of ascension. The acceleration of light separations increasing in frequency rates within the Adamic mind, are corrective measures.

The purpose of the energetic movement of re-balance is to draw the negative energies back towards the balancing point for continuation of creation, physical or otherwise.

Through individuals that are receptacle to the higher energies within the low vibrational mass consciousness energy field, a counter balance through high vibrational thought-intention has activated potentialities within the positive pole of awareness.

The awakening of lower selves to infuse the higher vibratory energies into the lower frequencies of operation is the dynamic movement of thought-energy required for positive pole potentialities manifested within the earth plane.

The positive pole manifestations will form within the physical plane to higher or lower probabilities through the degree of focussed intent and clarity of connection to the higher intelligences.

A strong subconscious desire for unification will surface within the awareness of beings that have awakened. The higher vibrational energies use unity points as portals for entry into the lower frequencies.

All unity points within all awareness operations are connecting points to infinite thought or complete expansion of awareness. For mankind the unity point within the Adamic being through its awareness is a portal for entry into perceived foreign pure thought creations via their unity portal.

Unity consciousness within all creators from the highest level to the lowest is the pure thought connection required for the awareness within creators and their creations. This allows the potentiality for ascension amongst all sentient beings within infinite creation through the desire for unity.

The positioning of souls within the unification energies through the awakening of lower selves is through the thought influence of the unity consciousness.

The high potentiality of expansion of awareness of the lower selves through positioning within the chaotic cycle is for the purpose of remote influencing positive pole creations.

Manifestations through mass oppositional movements of pole energies are of a higher probability within the de-energizing process and weakened influence of the chaotic cycle.

The focussing of energies within the height of disorganization within the chaotic cycle creates the highest window of probability for the desired manifestations to form within the earth plane.

As the chaos energetic cycle transforms from potentiality to concreteness the movement of the mass consciousness energy field into a downward spiral towards lower vibrational awareness becomes a high probability. This high probability is created through mass focus of awareness on negative pole energies and the emotional energy created.

As the mass consciousness energy field changes from a negative cycle into a downward spiral towards darker energies, the upward movement of the ascension spiral clarifies in the midst of distortion, for the purpose of free will choice within creation.

A pure thought counter point is injected into the lower spectrum of the human awareness in order to attract, through magnetic force sentient beings away from the downward spiral.

This action is executed through remote influencing rather than desires enforced through imposition attempts.

The remote viewing and remote influencing techniques that aid the lower self in the awakening process through the reconnection to the higher frequencies, are needed to avoid the downward spiral of low vibrational thought.