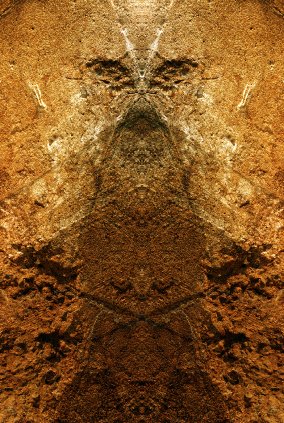 Through the movement of ascension within the One mind, the surfacing into the awareness of the mass consciousness energy field of perceived foreign pure thought creation, creates the opportunity for the development of ability for communication. As the vast thought/light separations within the multitudes of creation are called back through the remembering of the whole, high vibrational pathways are injected with the higher energies. This movement is created for the opportunity for free will choice to transcend the current level of operations of the focussing point back into the return flow. This energetic movement connects to the core of the One via the unity portals. Individuals within the numerous creational matrices that have awakened to the subconscious call of unification will be tasked through allowance, to hold and distribute the higher vibratory light energy into their creational matrix. The opportunity for clarification of the unity portals of ascent, amidst heavy low vibrational distortions cloaked as positive influence, are created to allow free movement towards the higher vibratory frequencies of operation. This is allowed for the individuals within a creation that have awakened and hold the powerful desire for unity, within all of their perceived creation through their level of awareness.

These individuals have consciously or subconsciously depending on the surfacing into awareness, sent out a signal for unity to all other dimensional worlds through acceptance. The energy for signal is created via their desire for unity and Oneness for the perception of the many.

Manifestations that surface into the awareness of an individual or grouping within the physical plane or otherwise that are perceived as foreign, are pure thought creations within the mind of the One.

They will appear through the senses as sentient beings operating within greater or lesser degrees of awareness. This is often through the intention of thought interaction, and potential navigation for the movement of ascension.

Dark energy beings and non-sentient thought forms, may appear within a multitude of thought/separation formats. The negative pole manifestations will hold the ability for masking deception for the purpose of attraction for entry and energy collection.

These actions are governed by level of operational awareness and beliefs patterns, held within the individual or collective perception.

An individual or grouping that does not hold the ability or freedom of movement, for development of discernment through access to the higher intelligences, will create a perception of disadvantage upon encountering perceived foreign entities.

Through the lack of ability for the discernment between sentient and non-sentient beings, the point of focus of the individual or grouping will hold the greater potential of influence or imposition, dependant on the degree of restrictions in awareness of the focussed point of thought.

The individual or grouping will manifest individually or collectively, the degree of restrictions held within the belief systems or consensual applications.

These beliefs will be observed through the reflection via the projection onto the non-vibratory pure thought screen of the matrix of operation.

An individual or grouping operating within a low vibrational negative cycle can attract through fear magnetism, encounters with perceived negative foreign entities. This will create amplification of the fear energy, and acceleration within the negative vibrational cycle for energy manipulation.

This follows the logical movement within the free will choice gifted to all sentient beings.

Only upon the strong desire for ascension out of the lower dark energies, can the movement for the opportunity for resolvement of the emotion of fear and its cunning attributes, be addressed.

Sentient beings operating within the higher frequency bandwidths of operation, will not assist an individual or collection that are operational within the victim/aggressor perception.

This is due to the un-acceptance of the individual or collection mass or lesser, that are grossly enveloped within fear based themes, and the continuous interaction with its by-products.

The continuous evolution within the de-evolutionary perspective of negative thought form encounters, will create a high probability for continuation and intensification of the encounters. The level of distortions within energy connections, will influence the degree of interaction with negative energy thought forms and dark energy beings.

This initiates the movement into the lower vibrational dimensions, for invitation through acceptance for further continuation and amplification of negative experiences via negative pole manifestations.

The downward negative energetic pattern creates two extreme movements and opportunities within the positive and negative poles of awareness.

Through the movement into the downward negative pole spiral, the awareness of the individual or collection becomes more restricted, through the forced interaction with the heavier darker energies.

The low vibrational energies will create contraction through the reactionary movement of the observer or observers.

For the continuation of free will choice within the purpose of creation, the subconscious desire for resolvement and removal of distortions for the goal of clarity of connection towards the higher frequencies, is attracted and therefore presented.

The allowance of the signal from the higher intelligences must come forth through acceptance.

This internal tension between two oppositional pole movements within the mind of an individual or grouping, will be based upon the desire and therefore intention for the direction of the movement.

Through the current perception of the mass consciousness thought/energy field operating within a low vibratory energetic pattern, encounters and communication with perceived foreign pure thought creations, would hold a high probability of saturation, within the magnetic attraction of the fear emotion and its extensions.

The mass consciousness movement is handicapped in ability for ascension into the higher frequencies. Communication with perceived foreign pure thought creations of high operational conscience must come forth from awakened individuals, or relatively small groupings in comparison to the mass conscious energy field.

These individuals or small groupings have been chosen to hold and distribute the higher intelligences and energies amongst the accepting.

These individuals or groupings have been chosen by high vibrational beings operating within the higher frequencies. This is created through their free will choice and intention through the acceptance and desire for ascension, individually and collectively for all of their creation.

For individuals or collections that hold the desire for ascension of selections within the whole and not for the whole, regardless of level of restricted awareness, a clarification of distortions involving the higher levels must come to a resolution.

The movement towards ascension cannot be achieved within this mode of operation as it is an alteration of Divine thought.

For individuals or groupings mass or otherwise, communication with perceived foreign pure thought creations through fear based connections, will further distort misconceptions held.

Distribution of the collected information will further accelerate the movement of the mass consciousness energy field within the downward negative spiral.

For individuals or groupings outside of the mass consciousness targeted influence, by the dark restricted energies of the underworld, or its thought form by-products, the call from the Divine and the high vibrational beings must be held and distributed. This is for the purpose of ascension of the whole of creation.


The Remote Influencing Ascension Guide homepage The Kingdom Within