The Dark Thought Of The Underworld 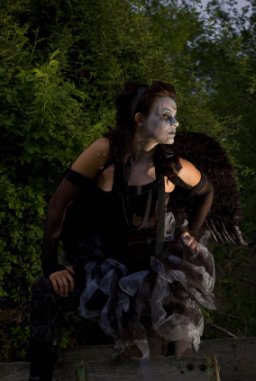 The dark thought that we experience in our reality originates from the depths of the underworld. Its low vibrational energy has been seeded for attraction within the memory bank of the earth matrix. The matrix was designed to test the individual lights that make up the Adamic being. This non-vibratory construct projects to mankind dramatic and similar negative situations in order for the lower selves to slowly lose their desire to experience them. This is needed before any of the higher selves can project their lower selves into a higher level matrix, where they can manifest powerfully into their world. Until the lower selves that are projected into creation can raise their vibratory rate higher than the level of this matrix, it easily remote influences its fear based ideas into their reality. What we focus on with our vibratory light we energize, when thought and high energy merge they quickly manifest. As our level of matrix projects to us these negative scenarios we tend to focus on them even more. This creates a circle of manifestation as when we energize them they become more frequent and creative as they evolve from reading our reactions to them.

How these dark thought forms of the underworld infect so many of the lower selves is through the effective vehicle of mass consciousness.

As the many believe in an idea or a perspective of reality it reinforces these beliefs and easily recruits many more of the lower selves.

The more the individual lights focus their vibratory energy on these negative situations and the agents that promote them, the more these energy vampires drain their inner power.

We come into this world not knowing the rules of the game or our true origin.

Without this understanding and the belief that we are the human characters that we animate, we tend to look outside ourselves for the answers.

What is called the underworld has as many names as the cultures that are aware of it.

The agents that represent these thought forms have also been called many different names.

These intelligence programs within the earth matrix are highly creative and will mould into any version that applies to the lower selves that focus on them.

This dark matrix has many tools at its disposal to remote influence the subconscious mind.

Any thought that becomes embedded into this area will be highly energized and will eventually manifest into reality.

The human characters that tend to explore deeper into these dark thought forms will always see seamless co-ordination.

They are designed to draw the vibratory light energy from the lower selves.

It plays off of the fear of the unknown that we experience in this game of separation.

This is exactly why these programs were designed.

Until the lower selves no longer desire to experience these scenarios the earth matrix will continue projecting them into the collective reality.

Most of the human characters that are spreading these dark stories are unaware that the more of the lower selves that focus on them, the more powerfully they will manifest into reality.

Instead of disarming these negative scenarios from happening they are directing more energy into the dark thought forms.

There are a relative few who are well aware of the true nature of reality and knowingly help spread the awareness of these structures of the underworld.

Some of these entities originate from the higher lights and make a devilish arrangement with the earth matrix for their ego based temporal awards.

They are well aware by keeping the masses locked within the notions of fear, scarcity and similar themes they are easily lead and controlled.

This maintains their way of life and desire to remain separated, fuelled by their strong egotistical tendencies.

Other human characters are direct projections of the earth matrix and are only animated by the higher lights when they focus their vibratory energy on them.

These dark agents are projected into our reality to lead the masses into beliefs of fear, hate and related themes.

The dark thought forms of the underworld were designed to develop our conscience, through the game of light and shadows.

Until some of the lower selves can develop a higher understanding of right and wrong their higher selves must project them into this reality.

The key to ascension to a higher creation is through this understanding and to raise the vibrational energy to that of the higher self.

The remote influencing and remote viewing techniques that teach you to reconnect to your higher self will accomplish this.

They are also needed to bring the conscious awareness into the deep subconscious realm where you can de-energize these dark thoughts from the underworld.

The techniques that teach you to block further negative beliefs from becoming implanted into the subconscious mind are also needed.

This will effectively disable them from manifesting into your individual reality.

The more of the lower selves that can remove these negative beliefs and focus on positive desires that bring forth a better world for all of our creation, the faster we can enter a higher level matrix.

The Remote Influencing Ascension Guide homepage Thought And The Mind