Thought, The Ego And The Higher Self 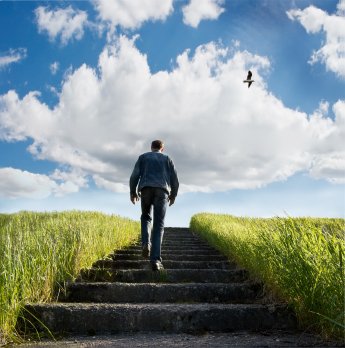 Through thought and higher vibrational energy, ascension of the ego towards the higher self can occur. A split in awareness is created when we plug into this creation through our vibratory light energy. This separation is created as the higher levels connect to the lower creations and through the activation of the human intelligence program, the ego is born. The formation of the lower self is a result of the energy exchange between sentient beings and the non-sentient intelligence construct, the earth matrix. As the higher vibrational energy connects to this construct it lowers in vibration as the non-vibratory structure slows its movement.

The illusion of matter, time and space is created through this action and through the human senses of the brain, as the human awareness becomes active and holds this perception.

The human entity which interacts with the holographic sensory world operates at a much lower frequency that it’s higher levels, and thus at a lower level of awareness.

This is important knowledge for the purpose of ascension into higher vibrational matrices.

The higher levels of intelligence will only become accessible to an individual as its’ vibrational energy synchronizes to the rate at that level.

The heart intelligence will have to become active to develop the higher conscience.

As the individual rises in vibrational energy, information from its higher levels will start streaming into focus from the subconscious mind towards the consciousness of the lower levels.

This movement is critical for remote viewing pure information without the interference from the collective consciousness of mankind.

Since the human being is operating at a restricted level of awareness, it is not conscious of its’ true reality.

The individual does not realize that it is its’ higher self interacting with its thoughts and the thoughts of the artificial intelligence program within the earth matrix.

Through the sense of being completely separated from external stimuli in its environment, the emotions of fear and insecurity are manifested. This is the conception of the ego.

The attraction is for the relief of the primitive emotion of safety in numbers. The isolation revolves around the paranoia of being attacked and its complimentary action, to attack objects that cause fear in the external world.

The greatest fear of the separated self is the loss of identity, as this would dissolve its perception of being alive.

This is the driving mechanism behind the fear of death. A strong sense of separation will effectively block the desire for reunification.

The ego is built into the design of the human thought program and is a valuable learning tool.

Once an individual has lost its desire for the pain of separation, the journey for collective unity can begin.

If the individual remains focussed strongly on separation these thoughts and ideas will start to manifest into their reality and reinforce the separated belief already held in the subconscious mind.

The higher self is the true reality of the human being. The human is the higher level restricting its awareness as it views creation through human eyes.

The reconnection of the lower self to the higher levels through the synchronization of vibratory energy is a great achievement within this creation.

This is the first rung in the ladder of ascension and becoming a multi-dimensional being. For this reunion to occur the ego must be quieted and co-operative.

Through the human awareness the unity point will be the first destination as the lower self starts to rise.

The separated self must come to terms with its temporal existence and realize that it is a restricted thought experience for learning purposes and the development of the higher conscience.

The separated self that operates at a low rate of vibration will hold beliefs and ideas that are heavily influenced by the earth matrix.

The role of this artificial thought construct in our creation is to saturate the individuals mind with justifications for separation and egotistical desires.

It will play off the fear of isolation and manipulate large groupings of people to concentrate on joining together out of fear and similar low vibrational themes.

This action falls under the role of mass consciousness, a potent tool that ensnares the many and leads them away from the true path through misconceptions

In order for an individual to climb back up the ladder of ascension the ego must lose its fear of unification and loss of identity.

The separated self must realize through its higher self that it will not de-vibrate from thought but change its purpose within the human awareness.

The doors to higher vibrational worlds will unlock as the separated self and the unified self become One again.

Thought And The Mind