Thought And The Global Consciousness 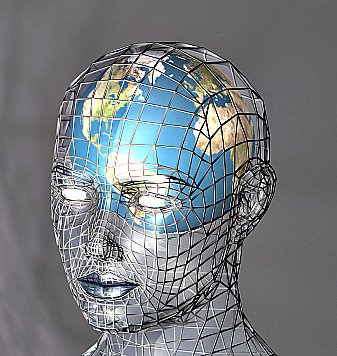 The interrelationship between thought and the global consciousness in regards to its purpose for learning and potential evolution towards ascension will have to be integrated into the perception of the individual reality. The individual and consensual reality parameters of perception will have to be understood in context to social conditioning and similar themes. In regards to the conscious and subconscious levels of the mind, the ability to detect the origin of influence and the level of vibration through intent are necessary pertaining to high vibrational operations. An individual’s inner awareness will have to be separated and clarified in order to locate and identify the source. The role of the global mind through the supportive elements of nature, create an operational mode for learning and the potential evolution of mankind.

The global mind of the earth is a subdivision, or sub mind within the universal mind.

It is the awareness of our planet of its self as a whole, and its role in the illusion of separation as a projection of matter.

The origin of mankind as its source of projection is within the Adamic being. Through the Adamic mind, separations of awareness are manifested into creation as the individual selves.

They are separated through the sense of self and interconnected through the One mind, the ultimate source of all manifestations into reality and potential realities.

A key understanding of knowledge and level of awareness is through the recognition of perceived co-ordinates within the individual mind or through a collective mind via a grouping of focus. This level of intelligence requires the development of enhanced self-awareness and the detection abilities within the guidance system of the individual and also through the collective realities.

Although these abilities can be developed with a limited effect within the linear process of the beta awareness, a highly effective method involves a strengthening of the connection to the higher intelligence via the higher self.

These attributes involve a vast array of enhanced mental abilities such as pure intuition which aids in avoiding unpleasant situations.

It is an invaluable tool against imposition as the thoughts and ideas from others can become embedded into the subconscious of an individual and therefore become personified as if these desires originated from the individual.

This can cause alterations in manifestations in the individual’s reality as the incorporation of external intentions has taken place.

Without clarification through high intuition the source of influence will remain uncertain.

Through the act of creation the lower self via the human being becomes aware of the global mind through various levels of perception developed through the human lifetime in means of information collection and processing abilities.

The body of knowledge and its influence on the belief system of the individual create the potential for evolution or the opposite reaction de-evolution.

Apart from the projected support of environment from the earth mind, the global consciousness is formed through a collection of perspectives by the movement of thought interaction.

The earth matrix which co-ordinates all separated spheres of awareness into a seamless illusion of connection is needed in order to create this general perception. Without this integration, creation would not be perceived as reality.

This artificial intelligence construct propels the learning environment for mankind and is positioned to reflect the thoughts of our individual and collective realities.

Within its design the ability to project its own thoughts and ideas onto individual and collective realities is paramount as without the perception of external influence, tension could not be created to drive the learning mechanism.

Mankind’s collective fear of the unknown through a restricted awareness and sense of separation has manifested powerfully subdivisions of thought expressing these fears within the global consciousness.

These artificial intelligence structures so to speak come alive into our awareness to reinvite the lessons we have invited, this creates a dynamic cycle of negative influence without intervention.

This movement in mankind’s limited awareness is viewed through the perception of fate and outside of correction.

The global consciousness as a reflective product of mankind’s level of evolution is a valuable learning tool for potential high vibrational beings and conscience development.

Its opposite pole of operation is as a cleverly designed trap for the individual and collective realities that do not develop an expanded awareness to manoeuvre above these entrapments through access to the higher intelligence.

The vehicle of mass consciousness is a proven and potent tool for the imposition of distortions and misconceptions.

For the individuals and groupings of focussed thought operating at a low level of awareness there is no reference or guide to assist in avoiding negative influences disguised as obvious truth, reinforced through mass consciousness.

These misconceptions are therefore easily implanted into the deep subconscious belief systems of the individual or collection of individuals through consensual reality.

This will effectively alter perceptions and affect vibrational levels of operation of the lower self.

Without a thorough cleansing of contaminants, the individual or grouping will therefore be unknowingly assisting, through their focussed vibrational energy an external subject’s desired manifestation.

The remote influencing and remote viewing techniques that teach an individual to bring their awareness into the deep subconscious mind are highly effective for navigating through the pitfalls of disguised negative intentions.

A strong connection to the higher self is needed for clear intuition or thought transference from the higher intelligence.

The expanded awareness experienced through synchronizing with the higher self allows the lower self via the human being the ability to locate origin of thought and intent within the vastness of the global consciousness.