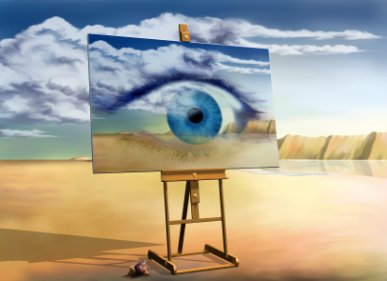 For a complete activation of the ability of remote viewing you will need a concrete understanding of individual perception and the process and influences that mould this product of thought interaction. For example when an individual hears words, externally or internally the individual forms a concept in relation to these words. This reaction involves the information previously gathered from outer influences and notably the beliefs and ideas held within the individual’s subconscious mind. This area is important as it is the middle ground between the lower self and the higher self. This area of the mind will dominate as the source of manifestation projected into the individual’s outer reality.

All of the above is ultimately governed by the level of awareness the individual is operating within and the capability of the processing mechanism of the human brain.

The level of restricted awareness depends on the constant rate of vibratory energy of the individual.

The level of vibration involves the thought patterns held deeply within the subconscious mind, negative beliefs attached to a reoccurring associative emotion will effectively cause an individual to operate at a lower level of vibration.

The opposite effect occurs as positive evolutionary beliefs attached to high vibratory emotion not only allow the individual to manifest with low outside influence, but can activate dormant potentials within the design of the human being.

The processing abilities that are innate and their further development are of the upmost importance.

Without these abilities to support thought interaction between the inner and outer realities creation would have no purpose in regards to learning and evolution.

Remote viewing and perception rely on the processing abilities of the brain. They are needed to interpret data and to form an opinion or categorization of external and internal stimuli.

In order for the human brain to execute these actions it will need to operate within a normal, healthy range of function.

Any alteration can cause a distortion in the product of processing thought as it will allow for the enhancement of mental noise in reflection to the degree of alteration.

The human brain has within its design three divisions, or what is called the triune system.

Two of these divisions, the r-system and the limbic system are within the human program, from the relative ancient past.

The neo-cortex is the third system a relatively “newcomer in evolutionary terms. These three divisions work within their own sense of awareness and relay information between the subparts to form an opinion.

To further understand the processing ability of thought within the brain, a basic understanding is needed.

Each subpart within the triune brain system forms its own sense of imagery from thought interaction and its own bi-lateral movement.

This movement is vital for processing information needed for the perceived appropriate movement within the individual’s reality.

The three divisions of the human brain relay information to the other respective divisions with the limbic system appearing as the mediator.

The need for dominance of one system over any other within a certain circumstance will alter the perception of the individual.

The further development of the bi-lateral movement of the triune brain system will further enhance the clarity of the data received by the remote viewer.

The development of this bi-lateral processing ability is also a highly effective method for interpreting multiple meanings from data, and its related imagery or from any of the other senses that receive the information.

In a normal functioning brain this process works seamlessly, even without a further development for a basic level of perception.

This automatic movement allows for creation to not only be experienced but understood in relation to the individual’s level of awareness.

The problem of inaccurate remote viewing through limited perception can be solved through mental exercises that strengthen the movement of bi-lateral thinking and processing.

This will allow for more accurate information collection and efficient problem solving.

If a remote viewer receives packets of information in relation to their request and lacks the ability to interpret the data, multiple conflicting signals can occur.

Mass consciousness although a phenomenon of creation, can lead to alterations in perception through deeply implanted distortions from a low level of collective awareness within the global conscious.

These misconceptions are readily invited into the subconscious of an individual, through the reinforcing belief of the many focussing on a point of thought at some level of agreement with the ideas expressed.

Any thought or idea held within the subconscious of an individual will eventually manifest, usually as a metaphor in aspect to the reality of the individual.

The remote viewing and remote influencing techniques that teach an individual to effectively cleanse this area of the mind will be needed for any correction at this level.

The most valuable direction of thought in respect to evolutionary ascension for the remote viewer is in the connection to the higher intelligence.

This level of intelligence will be void of mental noise and depending on the processing abilities of the individual, will remain clear through the reconstruction of the data into a linear mode of operation.

This action can only be achieved through the entering of the subconscious realm with full awareness.

The positioning of an individual’s brain wave vibratory cycle at the theta region will allow the remote viewer access to the collective unconscious.

Different levels within the collective unconscious will pertain to an individual’s personal reality, or to more varied forms of groupings of consensual reality.

A remote viewer who has a strong connection to their higher self, and has the ability to operate consistently at a high level of vibratory energy, will have readily available tools for data collection from the higher intelligence.

Attempting to view information with an undesirable intent will cause the individual to vibrate at a lower rate of frequency, disabling the connection to their higher self.

This is a safety mechanism of the universal mind that all of creation operates within as sub sets of awareness, or what is referred to as a sub mind.

The universal mind may take many different actions in relation to this request, such as sending inaccurate information or allowing the motion temporarily for learning purposes.

Through the creational laws of cause and effect, a recoil action usually occurs with negative effects that are manifested within the individual’s reality.

As with most ideas of personal power within our restricted collective awareness, the choice of nefarious intent for individuals or groupings of focussed thought is commonly pursued.

The true purpose for remote viewing from an evolutionary standpoint is as an invaluable tool for ascension.

Through pure intuition from the higher self, the activation of dormant potentials within the human design such as the activation of the heart intelligence and other mental attributes, can perception be developed as nature intended for the potential of proper learning and evolution of mankind.