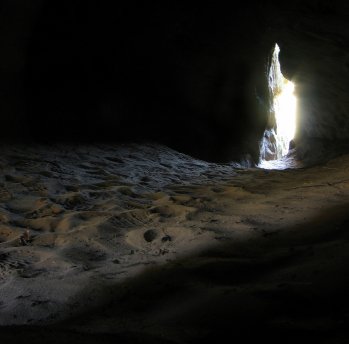 For the purpose of remote viewing high vibrational beings to be accessed as guides, a heightened and sustained level of vibratory light energy will have to be achieved. To remain positioned within the deeper regions of the subconscious mind while exercising the ability to expand awareness will effectively attract higher dimensional beings. Through the dynamic energies of creative intention married with focussed thought-emotion, a signal within the awareness of higher beings can be sent. Separations of thought-light operating within higher level creational matrices are not influenced by the lower dimensional planes of existence directly. Through an expanded awareness entities within higher creations do hold the ability to remote view and remote influence the lower planes naturally. Operations for specific tasks within the lower physical planes are easily accomplished through higher intelligence processing and application abilities.

Within the higher planes of existence thought interference as degrees of imposition are not held within the awareness of the sub-creators. Within the mass conscious energy field of our creation the law of allowance has been heavily distorted to represent abandonment from the higher creations.

Mankind through the negative emotion of fear manifested through a restricted awareness holds deeply within the collective reality the victim-aggressor consciousness.

Through these beliefs the individual or grouping will unknowingly through unawareness manifest scenarios within their physical reality reflecting and establishing these concepts.

This creates an inverted dynamic of energies which fuels a negative energy cycle through the related emotions. The abundant creative energy of fear amplifies further the negative process through intensification of future scenarios presented within the individuals or groupings reality.

This cycle further influenced by heavier dark energies of the underworld can alter its movement into a downward spiral within the anti-pole. The vibratory energy within the lower self will decrease in reflection to the intensity of the experiences and product of thought interaction.

The negative influence held deeply over a duration of experienced time will manifest within the human body as the life force remains lowered to external energy loss.

Through the victim-aggressor perspective assistance from an external source becomes rational thought through a weakened connection to the higher energies.

While the lower self remains within the negative cycle the effect of chronic anxiety causes the victim-aggressor experience to remain unresolved.

Through the awareness and comprehension of the inner processes of manifested reality and the deeply held desire for ascension can the external negative influence be resolved.

Through the perception of personal responsibility the high energy of self-empowerment can be set in motion to transform the negative to positive through the balancing point of both poles.

If mankind could transcend the victim-aggressor role and embrace a position of personal responsibility, global ascension into higher frequency bandwidths would become a high probability.

In regards to the transcendence of the victim-aggressor stance, the ability to resolve this issue must project out into manifestation from the inner world of the self.

The connection between the lower and higher self must be strengthened for communication void of distortion of external influences.

Through the practice of remote viewing the higher self through the theta mind interface, guidance in the form of intuition can be accessed.

The ability to de-vibrate barriers created, which cause resistance to movement towards the higher levels will need to become active.

Through effective remote viewing methods involving high intelligence information gathering and transformational activations, the lower self can interact with high vibrational beings through the higher self medium.

There are many possibilities of assistance easily accessible to lower creations. These portals to the higher worlds will only surface into awareness through the movement of energies towards synchronization with these desired frequencies.

As the lower self receives higher vibrational energy from its higher energy format and resulting processes, it attracts the awareness of sentient beings from the higher dimensional planes.

These high vibrational beings operate within the intelligent expansive logic of creational forces to greater or lesser degrees of awareness.

The lower self will not only attract the attention of light energy from the higher realms through remote viewing methods, but low vibrational dark energies as well.

This creates an opportunity for acceleration of spiritual evolvement through free will choice.

As the lower self initiates the unification process with the higher levels, any unresolved negativities will surface into manifestation as dark energy reflections.

Through the desire of focussed intention towards the upward movement in vibration, the self-empowered awareness becomes established in relation to success of ascent attempt.

The focus of the victim-aggressor perspective becomes distant in awareness and holds a lesser ability of sentient influence.

Through remote viewing in the deep theta area of mind, requests for assistance will manifest via communication with high vibrational beings.

The majority of beings encountered will operate within a high vibrational benevolent nature if the belief system of the individual has been thoroughly de-energized of negative patterns.

These high light energy beings desire greatly for mankind to rise above the current morass of negative tendencies manipulated through the anti-pole of creation.

The higher levels of awareness are innately focussed on the processes for reunification. Beings operating at higher levels of frequencies reveal the fiercely held opinions fuelled by separation within the human reality as illusions.

From a position of spiritual evolution these illusions that form within the physical plane are invaluable learning tools. The ascension of a lower self can only occur while operating within manifested creation.

This ability is innate but lies dormant for the majority within the human experience. Through a desire to communicate with the higher dimensions, and the reconnection to the higher self, the wisdom through knowledge to assist this process will surface into the awareness of the lower self.