The Portals Of The Human Being 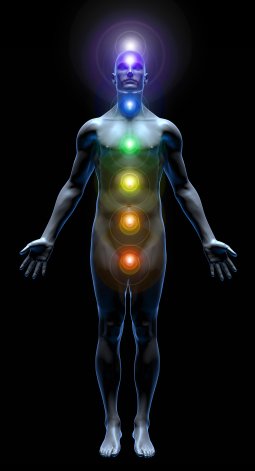 The portals within the design of the human being in regards to activation and employment are in direct reflection to the level of awareness the lower self is operating within. The human body is influenced through the human thought program selection of the higher self sub grouping, which can equate to ancestry within the physical plane, or similar themed perceptions. The act of creation between the male/female union holds the potential to create equal influence, although many of the lower selves are not aware of this knowledge. The co-creative act between the male/female union, will create the energy required to remote influence the soul energy matrix, for manifested intention and desire of selected attributes gifted upon conception. The flow of projection into manifested reality originates from pure thought potentiality, and can be observed within creation through the lower self on its human housing through thought interaction and contemplation. Through the human awareness negative influence can be observed through cause and effect within the physical body as levels of vibratory operations. The discernment required for intuitive communication between the lower self and its human housing, must be received through the higher energy format connecting the lower awareness. Remote viewing the human body through the higher self perspective creates a pure thought connection void of distortion to accurately receive the information required for complete analysis. The human body which supports the observation and interaction of the lower self, operates within the frequency bandwidth that manifests within the physical plane.

What is referred to as the human spectrum are the degrees of vibratory levels the human body can hold manifested form, while housing the soul energy.

The design of the human body allows for fluctuations of vibratory levels to a certain degree before a separation between the lower self and its human housing occurs, which through the human awareness would be perceived death.

The human body is perfectly designed to operate naturally within the slow vibrational condensed reflected light, for the intention of spiritual evolvement of the lower conscious through the human vehicle. This truism is apart from the free will action of the lower self, which will directly influence its housing.

The energies that have attracted through magnetism to form the housing into the physical plane, originate from the unifying energies that hold the planetary awareness into form as matter.

The human awareness can be aligned via the natural energies through the awareness of the sequence of projection which supports creation.

The co-ordinational matrix which supports the structure for thought interaction through self-awareness, creates a base line of intelligence from which the lower conscious holds the ability to ascend or descend from.

The human body thrives in complete alignment with its natural environment, any movement away from the natural alignment is a distorted belief.

These distortions can be readily observed within the mass consciousness energy field, as reflections attracted from the fear of the unknown surfacing into awareness from the collective unconscious of mankind.

Without a strong connection to the higher self and its high intelligence accessibility, the lower self is vulnerable to negative external influence from the perception of the separated world apart from the human being.

The physical plane promotes diversity through the innate survival mechanism activated through the human awareness via the limited perception of the human being operating within self-awareness as its only reality.

This survival instinct originates within the human thought program and is established through the higher self’s desire for continuation of existence within creation.

Its desire comes forth through the opportunity for spiritual ascension via its lower self.

The lessons of the lower self through the awareness of separation and desire for resolvement, are the primary emotional energies that can be set in motion for the strengthening of connection to the higher self.

The remembering of the complete self creates the awareness of the un-self, and is a highly desired subconscious goal of the lower self through its higher connection influence.

The manifestations of nutritional extracts within the earth plane, are counter balancing measures to offset the un-natural decisions the mass consciousness has pursued regarding distorted thought reflected onto the human body via the human mind.

Within both the positive and negative poles of awareness are counter balances that become activated through the action of re-balance. They can manifest form within the physical plane, and are for the attraction of the unbalancing effort, back towards the harmonic point within the center of both poles.

The desire for a return to a natural perspective regarding the human body and its environment, is the subconscious intuition for re-alignment from the un-natural path and distorted negative influence.

The subconscious intuition that surfaces into the awareness of the lower self, is the conscious or subconscious desired intention returned through the energy exchange between the lower and higher levels in the form of high intelligence as intuition.

Without the return flow of the subtle energies the process of creation would cease to exist, there would be no creation and no opportunity for ascension through spiritual evolvement.

The unifying energies that manifest creation through magnetic attraction as a by-product of emotional energy through thought-intention, house the high vibratory energy of the higher self.

The interaction of the different movements of energies create the lower self and the human being simultaneously, as the higher self’s high vibratory energy fuels this process.

The unifying energies that form all of creation originate from the pure thought expression of unconditional love. This energy can be observed through the unconditional love attribute of free will through a complete understanding of allowance.

The chakras or portals through their concentrated energy, allow through their supportive actions the movement of the lower self through the human being within creation, regardless of the level of awareness.

Through the desire of re-unification, the awareness of the higher energy exchange surfacing into the lower conscious will initiate the strengthening of the connection to the higher self.

The lower conscious can only receive the added higher energies through awareness and acceptance of its higher energy format.

The human body through its awareness of the thought-intention of the sentient being that it houses, reflects the higher or lower vibrational actions of the lower self.

As the awakening of the lower conscious is made aware to the human body, it readies for activation portals within the body for access of use for the lower self.

The degree of activations of portals will be reflected through the level of awareness the lower conscious has achieved.

For spiritual ascension the flow of movement and development of the chakra portals must flow from the highest portal of pure thought, to the lowest involving matter and the lower conscious.

The awareness of the flow of energies projected into formed creation from the core of One, into the many, creates the magnetic attraction of energy required to assist the lower self ascension.

The reverse order of sequence from the vast separations of light, into the unifying core of pure thought, creates a restricted awareness through the illusion of separation of the creator and the created.