Ascension And The Natural World 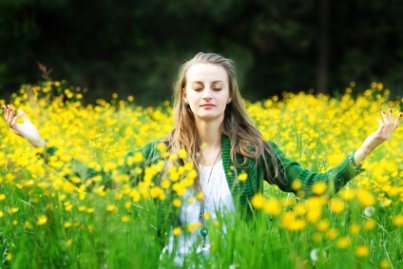 For ascension to occur within the individual or collective reality for the purpose of spiritual evolvement, the portal of the natural world will have to be accessed for influence. This source of high vibratory energy which supports all of creation holds many opportunities for mankind to transcend the downward negative spiral of low vibrational energies. The higher self which has chosen to incarnate within this level of creation will invoke and attract the desired energies from the source of projection of our planet. These attracted energies form into an energy format that becomes condensed as it slows in vibration to sympathize with the physical plane.

All of creation involves the thought interaction of separated energies to greater or lesser degrees, or what is termed remote influencing.

The high vibrational energy of the natural world holds within its awareness vast amounts of accessible intelligence.

This high intelligence that flows harmoniously with the creational expansive flow of our universe, can propel mankind’s ascension into higher dimensions of frequency, therefore higher vibrational matrices of operation.

As the higher self plugs into the earth matrix a split in awareness is created within its mind and the lower self comes alive.

Many of the ideas the lower self has conceived about its higher perspective are most often distorted through misconceptions within the mass consciousness energy field.

This is the accumulation of many lower selves operating within a restricted awareness and external influence from the earth matrix.

The bandwidth of frequency which manifests this physical plane is a desirable process from an evolutionary perspective for higher vibrational beings.

Many of the lower selves fail to ascend in awareness out of the downward spiral of spiritual de-evolution. They will therefore remain trapped for multiple incarnations within this creation.

Mankind has formed a deeply embedded impression within the collective consciousness towards success through intentions of control and limitation of the natural world.

The ideas of control and limitation are of a low vibratory rate through their emotional energy of fear and separation. The energetic force that fuels the creational expansive tendencies of the natural world operates well above low vibrational thought.

Our divine mother through her natural world waits patiently for mankind to turn its focus from separational descent towards ascension through unification of its members.

The portals to higher frequency fields of intelligence form into the consciousness of expressions of self-awareness as expansion occurs through higher vibratory rates of operation.

Through free will, mankind is gifted for learning purposes the ability to negatively influence the natural world. Through this movement of thought the nature portal will not allow access of the separated self into the higher vibrational dimensions.

The individuals attracted to the natural world hold within their being activated sensory receptors originating from the source of projection of the vibratory DNA structure.

They are drawn to the sense of peace and familiarity surfacing into awareness from the depths of the subconscious.

For the individuals operating within a low vibratory rate through unawareness of source and manipulation through distorted external stimuli, quietness equates to boredom.

The function of the human brain becomes altered through sensory overload and rewires itself in anticipation of frequent bombardment of more irritants from the perceived external world.

This action creates a negative emotional cycle of anxiety for a period of time depending on the scenario and the reaction to it.

These continuous thought processes force the lower self into a lowered vibratory operational mode.

The extreme changes within the planetary awareness we are currently experiencing through the time-space perception are a direct effect of our disharmonious cause.

The planetary awareness through its creative expression of the natural world supports our opportunity for ascension through free will.

It must form a decisive action to correct the serious imbalance mankind has created. Within its design are allowances for degrees of imbalance expressed through the axis tilt cycle.

This is to support mankind’s desire through free will to experience disharmony and imbalance for learning purposes designated for potential ascension.

Also within its design are processes for corrective measures to align the planetary energies into balance and harmony, this is known as the harmony quotient.

The harmony quotient will allow for only a certain degree of imbalance before it activates these corrective measures for self-preservation.

The planetary awareness is aware of the extreme path of imbalance mankind is blindly pursuing and its negative potentials leading to the destruction of its being within creation.

The dramatic movements rising from the inner core of awareness of the planet towards the mass consciousness of mankind, are messages for the turn-around of the negative focus of collective humanity.

It desires mankind to reconnect to the creative energies that have gifted the vehicle and environment needed to experience self-awareness.

For the purpose of ascension individually or collectively, creative intent must resonate in harmony with the creative expansive flow of the universe and its logic.

Mankind will have to resolve the distorted belief of victim consciousness and transform the negative energies into positive attributes of self-empowerment through the intention of personal responsibility.

The limited awareness within this creation and the degree of imbalance has activated sentient beings to house triggering mechanisms within forms of media.

The activations are the cause of the planetary effect of influence and are an attempt to awaken individuals within the restricted awareness of mass consciousness.

Through the reconnection to the natural world and entry of the portal of the natural world, mankind can access the higher intelligence. This will form the guidance necessary for ascension from a world of fear and separation into a world of love and unity.


The Remote Influencing Ascension Guide homepage The Kingdom Within