The Ascension Of Adam 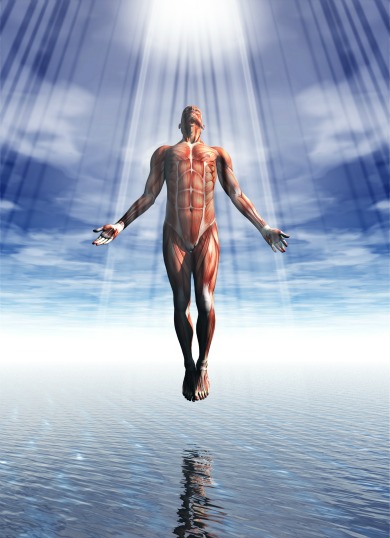 The ascension of Adam represents the origin of mankind and our story of creation. In the beginning this direct reflection of the One was gifted all the elements for creating. This high being could, through remote viewing its own thoughts use the ability of remote influencing to manifest them into reality instantly. They would project into his awareness through the perception of time and space but the process of manifestation was started as it was thought of. Male and female are both represented as mankind so when the term man is used it includes both. This being as it had free will that was not interfered with began to get a taste for melodramatic scenarios and as these creations would manifest they would start to destruct. As Adam was made in the image of the One so it could learn and it was not evolving, a thought program was introduced.

Adam would have to go down in the awareness of what it truly was to the level of the earth matrix which operates at a very low level so it could interact with this program.

This high being of light would have to fall down to this level of creation to learn the ascension process.

This beings taste for undesirable situations is represented as the tree of good and evil as it was now aware of both.

Eve represents the earth, as our planet is a direct projection as the original divine mother and the earth matrix is represented by the snake.

What is meant by Eve eating the apple from the tree is the incorporation of this concept into this level of matrix with the earth.

The story of Abraham is the second level of the earth matrix and we are living in the third.

It is the hardest to ascend from as competition among us is fierce. We are still in the Adamic being as it is projecting all of us into reality.

If Adam remained aware of his true nature there would not be a chance for ascending as this high being would not take the earth matrix seriously.

This program was designed to project situations onto the light separations of the being that they did not think of.

Through their collective thoughts about these scenarios it could start to learn and evolve.

This being would then have to climb back up in a very long ascension process to its original state as a direct image of the One.

This is the story of Adam as it is also our story. We are all subdivisions of the mind of Adam.

In different cultures this being is called by other names, such as the Atman.

We are vibratory particles of real light that make up its being.

The light we see in this reality is a reflection of the true light that we are as we plug in to this creation.

We shine our light onto the screen and it reflects the light back as our reality.

Creation is the reflection or in the case of a man and women the child is the reflection. Mankind is a thought process of the Adamic being and it is dreaming all of us into reality as it tries to ascend so must we.

The illusion of experiencing this reality as a human is a part of the learning process.

Our waking reality level of mind called the beta state gives us the perception of the individual self or what is called the ego.

Our world operates through electrical vibrations, when the brain is functioning at the beta level the frequency is at its highest level between 14 and 30 cycles per second.

As the brain lowers its frequency it drifts from the conscious state towards the unconscious through the alpha and theta levels.

The delta state is where you enter the unconscious mind.

When we fall asleep and lose awareness of the self our brain is at the delta level.

In order to dream you need a sense of self the brain increases its vibrations and enters the theta and alpha states.

Through the techniques of remote viewing and remote influencing the higher self you learn to bring the conscious mind into the subconscious realm and deeper.

As you pass through the door of delta you will lose the sense of having a body and become aware of what you truly are.

Through this realization and connecting to the higher mind you will regain the tools for ascension and as we climb back up the ladder, so does Adam.