Ascension And The Fall Of Man 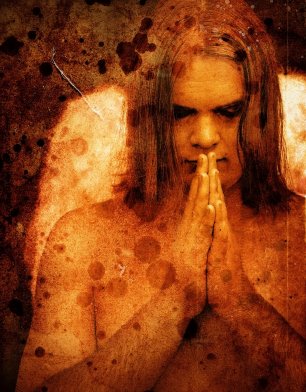 The fall of man is a reflection of the descent of Adam and the long ascension back to the place it fell from. This high being was a direct image of the One as it could create universes by thought alone. As this high being developed a taste for destructive desires the worlds it created would destroy themselves. Since it was not evolving, a thought program that we call the earth matrix was introduced. This being would now have to interact with this intelligence construct in order for it to learn the ascension process. As this high being was creating in its original status it did not lose the awareness of what it truly was. So when it manifested worlds through destructive tendencies it did not take their aftermath seriously. The goal of this thought program was for the individualizations of the Adamic being to project into a reality with limited awareness of their origin. It would then have to divide its divine light into many parts to learn the lessons of separation through the game of light and shadows.

These separations of light are called the higher selves. The higher selves would then project into this low level matrix through their vibratory light energy and animate the human thought programs which are created by the earth matrix.

This is so the higher lights could evolve through the perspective of a human being.

This is the descent of Adam and also the fall of man as it would have to fall down in its awareness of its true nature, and learn through the human projections.

We are all subdivisions of the Adamic being as our higher light is within it.

At the highest level of this being there is still a connection to the One through its unity point, as it is the source of its projection.

Adam is the source of the projection of mankind as its higher lights project into their individual realities.

The human race is born into this world as the children of the earth matrix.

Until some of the separated parts can develop a high conscience through the connection to their higher selves, they must remain at this low level.

The earth matrix was designed as a filtering process for higher beings.

The ones that can lift themselves from out of their lowly depths will be gifted powerful creational abilities, as their light energy is vibrating higher as it gets closer to the core of their source.

Adam is still a creator as it is projecting all of mankind into reality.

It cannot ascend back to its original status until all of its separated parts unify within itself.

The earth matrix is an artificial intelligence program that can only become activated as the higher selves energize it with their vibratory light.

It is of a complexity that is beyond the understanding of mankind as we see through the human perspective.

It creates our perception of the awareness of a human being in order for this game of light and shadows to be played.

It gives us the illusion of space and time by co-ordinating all of the individual realities.

It does this through synchronizing the movements of the earth, moon, stars and anything you can think of.

This creates a sensory holographic world that we believe to be real so we can learn and evolve through it by interacting with each other.

We come into this world with very little awareness of what we truly are, this is needed to take this creational game seriously.

The ones among us who can awaken to a higher conscience and reconnect back to their higher selves, will be allowed to project into higher creational worlds.

They can also remain at this level and have more remote influencing abilities as they will be vibrating their light energy higher than that of the level of the earth matrix.

Through this high connection to your higher light you will receive guidance and pure intuition to escape the grip this matrix has on you.

You will also have pure remote viewing abilities that are void of the misconceptions of the mind of global consciousness.

Through synchronizing your vibratory rate of energy to that of your higher self you will have awakened to your true origin and new worlds will open up for you.