Ascension And The Transcendental Man 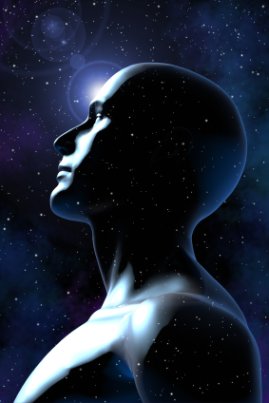 For ascension to occur into the higher creations mankind must incorporate the transcendental process into the whole of the being. Without a strong connection to the higher self of an individual, pure intelligence cannot be accessed or processed. The holographic world that mankind interacts within is supported by an artificial intelligence structure of seemingly unimaginable complexity. Although this construct is constantly evolving within its own memory banks due to the experiences of the human characters it cannot rise in vibration unaided. As it is non-sentient and lacks heart intelligence it cannot synchronize with higher vibrational matrixes. It is the role of the sentient beings through raising their vibrational light energy to collectively raise the level of the matrix of their creation. The role of the earth matrix is to weave the individual realities into co-ordinated time and space. It is designed to reflect ones thoughts and beliefs back to the human character so it can learn through thought and action.

The matrix of our earth will always try to gain access to the belief system of a lower self.

Through the manipulation of this area of the mind the individual will remain unaware and trapped operating at a low vibration, and will not hold the ability to plug into higher creations.

As the separated sphere of awareness raises its vibrational energy it automatically expands in awareness and gains a higher perspective.

As the lower self ascends towards its higher self it starts to free itself from the influence of the earth matrix.

This action has been coined transcending as the individual is rising to higher levels within themselves.

Within the design of the human character are many programs that can be activated through the awareness of these programs and the synchronization to their rate of vibration.

These tools which would transform the human being through the lower self to be able to receive higher vibrational energy without destroying the human construct.

An individual will not gain access to these higher levels until they are ready for them, for any other course would cause havoc.

The remote influencing and remote viewing techniques that teach the individual to vibrate their light body to higher levels are needed for the transcendental process.

This will also cause the lower self to become aware of what is needed for ascension.

The role of the human character is a valuable lesson for the evolution of the higher self.

As the higher self focusses upon different areas of thought within the earth matrix it activates these programs.

This interaction between a sentient being and a non-sentient thought program is a part of the foundation for learning within this creation.

As the higher selves engage in this activity through their lower levels, different scenarios will be experienced based on the lower selves belief system.

As these lower levels focus on higher vibrational thoughts such as unconditional love and reunification the rate of vibration will increase.

This perspective along with the techniques that cleanse the subconscious mind will initiate the transcendental process for ascension.

The human being is born with free will to choose which thoughts and manifestations it would like to see materialize within its individual bubble of reality.

The role of the earth matrix is to present to the human character a multitude of choices to decide different scenarios to experience.

If the lower self is operating at a rate of vibration similar to that of our earth matrix then its belief system will reflect the perspective this intelligence construct has chosen for that particular individual.

Although this appears to lower the ability to choose free will the human character has decided to allow entry for entities from the lower realms to influence it, this is still a free will choice.

Without the knowledge of the nature and purpose of our reality the human being will remain operating at a low rate of vibration.

Through the transcendental process mankind can raise its level of awareness and access the higher intelligence in order to develop a higher conscience and climb back up the ladder of ascension.