Ascension And The Transformational Being 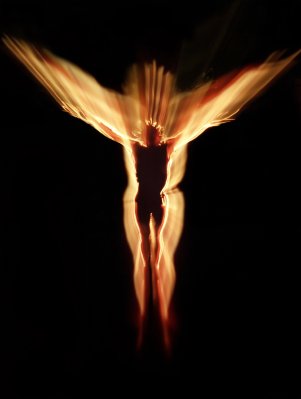 The transformational being is a part of the ascension process. It prepares the lower self so it can make the connection to higher vibrational energy. It is where you see through new eyes the grand illusion of our perceived reality. As you tap into this high source of energy the projection of the human character will differentiate from other projections that are operating at a lower rate of vibration. Distinct changes will be noticed as the realization that all conflicts in their various forms are merely tests for the lower self to learn and evolve from. The human thought program can only become activated through vibratory energy. This program becomes animated as the higher selves plug into the earth matrix to play the game of creation. Non-sentient characters within the matrix of our creation become animated as the vibratory light of the higher selves through their lower selves focus upon them.

As the lower self makes the connection to its higher part its rate of vibrational energy increases.

The earth matrix has less ability to remote influence the lower self if it is vibrating at a higher rate than that of the low level matrix.

If the rate of vibration of the lower self is similar to that of the matrix then it will easily be manipulated by this thought construct and its ideas.

The remote influencing techniques that teach the individual to connect to their higher self will allow for the reprogramming of the belief system contained within the deep subconscious mind.

This area will then project the reality that the lower self desires rather than the one that has been imposed upon it.

The process of the transformational being will also change the desires of the individual.

As the vibratory rate of the lower self synchronizes with that of the higher levels it then observes the creational game from a higher perspective.

The lower self cannot bring low level negative thoughts into the higher realms.

As these thoughts consistently focussed upon would cause it to vibrate at a lower rate of energy. These undesirable ideas would thus temporarily block access to this high vibrational source.

In order for the ascension into higher worlds to occur the lower self will have to make its housing compatible with the higher rates of energies.

The reconfiguration of the DNA structure is a part of the transformational process.

For individuals operating at a low frequency a direct connection to high vibrational energy would cause their structures to destruct themselves.

This is why the process of the transformational being is necessary.

We have free will to choose the path we desire to experience even through the imposition of thoughts and perspectives of others.

The lower self at any point within its human life can change its course and experience different realities.

This realization is an important part of the transformational process. The role of the earth matrix within ascension is to test the individual lights that make up the Adamic being.

It will try to impose its notions that the transformation into a higher being is only for a select elected few and that limitations and scarcity are the only plight the masses can experience.

It has many potent tools at its disposal to implant these ideas into the belief system of an individual.

It affects large groups of the population with these ideas through the vehicle of mass consciousness.

This tool is very effective at bypassing an individual’s critical mind and sowing its seeds of deception with the deep subconscious.

The earth matrix was designed to trap as many of the higher lights as it can within its misconceptions. It needs their focussed creational light energy to activate its non-vibratory structure.

Within its evolution it has developed a sentient like survival instinct.

It will aggressively try to block the ascension process of an individual into the higher realms.

Through its tremendous creative intelligence it deceives the higher lights to project into this low level of reality again and again.

The ascension into higher creations is the primary goal of the individual lights within the Adamic being.

All experiences within our individual and collective realities are a part of the learning process to ultimately develop a higher conscience.

The lower self can only achieve ascension into the higher realms while it is playing the role of the human character.

The techniques that allow the connection to the energies of the higher self will prepare the individualizations to enter the higher planes.

The process of the transformational being is a vital part of ascension.

It allows access to the divine gifts of high intuition, guidance and the higher conscience. This process gifted to all beings within the mind of Adam unlocks all doors to the higher realms.