Remote Viewing And Remote Influencing The Observer Affects The Observed 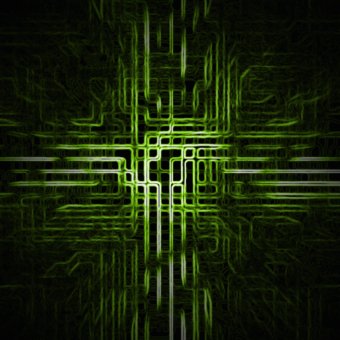 Through the practice of remote viewing persons, locations and events you are automatically remote influencing what and whom you are viewing. Scientific experiments that have created awareness of these phenomena have in most cases dismissed this notion as chance. The experiments specifically designed to reveal this result have proven that the observer does indeed affect the observed. The reasons for this effect has numerous and varied opinions. Depending on the train of thought and level of awareness of the individuals conducting these experiments, many notions and perspectives have developed. This area of research has undoubtedly fallen into the fields of cutting edge research such as quantum physics. Within this area of science the observational affect becomes clear due to the nature of their experiments. As with this avenue of research and all others within the focus of mankind, without the true realization of the nature of reality man is without doubt chasing a dead end.

The material world that we experience through our individual sensory perceptions is but an illusion. Its inner workings are on a scale of such complexity and intelligence that the majority of mankind can only vaguely ponder its process.

All of our creation that we experience is created through the human brain that decodes the electrical vibrations and creates our three dimensional holographic world.

We perceive our surroundings through our individual spheres of awareness or what is commonly coined the reality bubble.

The illusion of matter is an interaction between the vibratory light energy of the separations of light within the Adamic being and the non-vibratory thought construct of the earth matrix.

What we perceive as light in our creation is a reflection of the real light of the individualizations of Adam. As these higher lights focus their awareness onto the dark structure of the earth matrix their light energy is reflected back, this creates a sense of reality.

The vibratory light energy of the higher selves cause the non-vibratory earth matrix to vibrate, this action then activates the thought programs within the earth matrix.

Due to the beta level within the human program our awareness of the interconnectedness within the universal mind of all points of thought is limited.

While viewing creation at the beta level of mind external stimuli is mainly focussed upon while the deep inner processes of the subconscious level of mind operate below the surface of awareness.

The human belief system which resides within the subconscious area is what is affecting what the observer is observing. The individual will remote view what is at the forefront of awareness unless a specific task is undertaken.

Connections to points of thought are more easily accessible if the desired area is focussed upon consistently. How the information is then processed and analyzed will also be affected by the belief system as this area is constantly remote influencing our reality.

The proper functioning of the human brain must also be taken into account as it is the decoding mechanism for our sensory reality. If an individual desires to remote view and therefore remote influence a person, location or event, the belief system of other individuals and groupings will have to be addressed as the remote viewer in this case is attempting to affect multiple realities.

The beliefs and views of others focussing on the same outcome will reflect the merging of the combined perspectives. The remote influencing and remote viewing techniques that teach you to vibrate at much higher levels than that of the earth matrix will be needed to influence consensual reality more effectively.

The higher the rate of vibration the more light is refracted from the vibratory particles of light, this will cause the higher refracted light to become more noted.

These scenarios are the decoded by the individual’s higher self and projected out onto the non-vibratory construct of the earth matrix for the lower part to experience. This process is required for the lower self to learn and evolve as it becomes more aware of information within the universal mind.

An individual’s perception of reality will alter as it interacts with different ideas and perspectives within the global consciousness of our creation.

This is why the vehicle of mass consciousness is a potent tool of the earth matrix for trapping the higher lights with its misconceptions as if many believe in an idea it causes an individual to become more easily lead to believe in similar ideas.

If the lower self focuses on the darker shadowy areas within the Adamic mind and correlates these ideas with sympathetic areas within the global consciousness, all of the information remote viewed will be distorted.

The ability to remote influence reality will be considerably limited as the individual will vibrate at a similar rate as that of the earth matrix.

Scientific experiments have revealed that as different researchers interact with a selected object, alterations appear at the molecular level of the points of interest. Experiments with plants and water have proven the thoughts and beliefs of the observer directly affect what is observed.

The remote viewing and remote influencing techniques that teach an individual to bring the conscious awareness into the deep subconscious mind are vital to create the reality the individual desires to experience.

To bring this awareness into the area where the belief system is located in order to cleanse this system of misconceptions is needed. This area will also have to be accessed to reprogram the belief system to remote view and therefore remote influence the sphere of reality through individual desires.