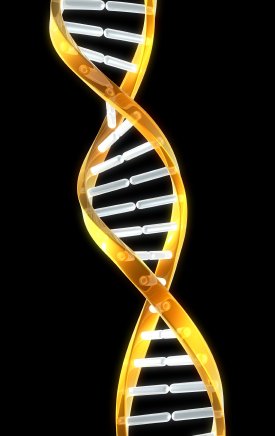 Through the DNA portal The lower self by the human being can access gateways to higher vibrational creations. This blueprint of our human body originates from the spark that fuels all of creation, the eternal flame of the One. As humanity dives deeper into the mysteries of our perceptual physical universe, the more unanswered questions will manifest without the understanding of the source of projection that supports our holographic world. For mankind to fully understand and appreciate the wonders of creation we must collectively acknowledge the presence of the so called other side, the super luminous world as coined by individuals within the study of quantum physics. When mankind has observed and understood within its intelligence the smallest component of creation and has exhausted all technical advancements to validate their conclusions, we will be left at a dead end without a deeper mindset. For the human race to survive and evolve, the inner processes of the collective unconscious must be explored and understood.

If we could fully understand that co-operation within all of the collective conscious amongst every sub part is needed for optimal health and harmony of that being.

With this understanding we could then address what is required for a collective harmony amongst the human population.

We could then clearly see the complimentary lesson of co-operation and harmony with nature and the animal kingdom.

These clues are visible within our waking reality but unfortunately many do not become fully aware of its message.

The human body is a sub part of the earth, every component that makes up the body can be found within the body of the earth, the only difference is the sense of perception within a restricted awareness.

This is an important reminder that the more we move away from our natural past the more complications in health and wellbeing we will encounter.

The sense of separation a human entity views its creation with is a part of the artificial intelligence program within the framing of the ego.

This form of restricted awareness falls within the intended design of the human thought program.

The distinct differences between the human sub races are needed to create the sense of separation and its related emotions, fear and anxiety.

Without these distinctions the feeling of isolation and similar themes would be mild and would lack proper learning.

The function of the genetic codes is to continue life in our creation unaided by our awareness.

It is through the vibratory light energy of an individual’s higher self that activates a human character within the intelligence construct, the earth matrix.

What we perceive as physical DNA and observe under powerful microscopes is a reflection of vibratory light energy.

As the higher self connects to the matrix of our creation the manifestation of DNA can be observed.

The human thought program has hidden dormant activations within its design.

The belief system within an individuals’ subconscious, which path the human character follows and the level of awareness will influence the actions of the human body.

The body will always reflect the area of mind the human is focussing upon.

If an individual remains constantly operating at a higher frequency than that of the global consciousness of mankind, dormant codes can become activated.

This can be achieved through the remote influencing techniques that teach an individual to access their belief system for de-energizing negative thought patterns.

This is very important as these low vibrational beliefs will block the connection to their higher self.

Once an individual has made a strong connection to their higher self, mental techniques that will activate the DNA portal through the second body are needed.

This will allow for the human body to become equipped to accept the high vibrational energies from the higher levels.

Without this preparation the human body could not receive the extremely high vibrations at which these levels operate.

Instead of opening the DNA portal to the higher creations the human body would destruct itself as it would be unable to accept these powerful energies.

The understanding of our reality and the influence of thoughts perceived either internally or externally are needed before an attempt to access the portal.