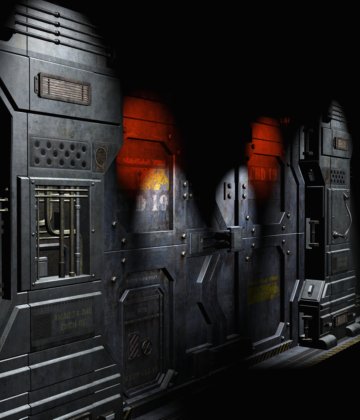 Remote influencing the earth matrix through the reconnection to the higher self is the key to manifesting your desires onto your reality. What this program of thought is, why it was designed and how it operates must be understood. This matrix was designed as a creational learning tool so mankind could evolve. Through the scenarios it chooses for us and our reaction to them, it helps us refine are decisions as to what reality we would like to see projected. This visual sensory holographic game was created to project to mankind situations it did not think of. Through free will we choose what to do according to these situations.

It was designed to operate at a low vibratory rate, so we could not remote influence our desires into our reality easily.

This is a safety mechanism as destructive thoughts manifested effectively would cause our world to destroy itself.

We learn in this creation similar to how an artificial intelligence program operates.

We evolve by first experiencing what not to do and through cause and effect slowly desire choices as to what to do. This learning process is fuelled by the desire to avoid negative and fear based situations.

This matrix that we interact with is not a part of our earth; it has been incorporated into our planet.

It is a non-vibratory pure thought construct and is virtually undetectable.

It is like a movie screen, as we project our vibratory light onto it, we see the light reflected as our reality.

But unlike this analogy, it does not reflect back everything we think about.

When the higher level of you projects into this world as its lower self, it is similar to interacting with a virtual reality game.

It gives us the illusion of space and time; it is created by this construct.

It synchronizes all of our realities through the movement of the earth; moon and stars to give us the perception of co-ordination among our individual realities.

This is where remote influencing the higher self is needed. Due to the low vibrational operational mode of this construct, our desires will not very easily be projected into our creation.

In order to achieve this action the lower self will have to raise its vibrational energy to a higher level than that of the earth matrix.

If it were to remain at a similar rate, the non-vibratory thought structure would hold the ability to impose its thoughts and ideas onto the lower self.

It can only become energized by our higher levels plugging into it by their vibratory light; this is similar to using electricity to operate a device.

It was built with a survival mechanism as to try to keep as many of these higher lights at its level; it feeds off of their energy like a vampire.

It will try to instill hate into our hearts and minds.

It will show us that we can be rewarded through egotistical wants by stepping on our fellow man to get ahead; it will always try to teach you the notion of fear of the other.

The reason for this is to try to show us the realization that this cannot be the way and desire a better reality for ourselves and mankind.

This program was designed as a filtering process for higher beings that can be trusted to manifest their creations by their thoughts alone.

Its most effective tools for deception are that of mass consciousness movements as it will show you that if the many believe in an idea, then it must be true.

It uses mass religious groupings and misleading spiritual concepts to lure the many, as these teachings end up creating a spiritual elitism among its followers.

As the higher self-projects its lower self into this holographic reality it allows the lower part through free will to make its own decisions.

This is a part of the learning process.

It projects the reality to the lower self by first decoding the information of the situations that the earth matrix chooses for the lower part.

Through the beliefs and desires of the lower self it then makes a decision as to what it will experience. If the lower level vibrates at a similar rate as this program, it will always project its desires.

If the lower self can raise its vibrations to that of its higher part it will then project more of what the lower level desires.

This is remote influencing the higher self and the earth matrix.

Through reconnecting with the higher levels your desires will change to what your higher part wants, as you are vibrating at a much higher rate your thoughts will be of joy, love, unity and similar themes.

The higher intelligence will not grant you the ability to powerfully manifest creation while operating at a low vibratory rate, through a weakened connection. The lower self awareness will therefore remain imprisoned within the perceptual walls of the earth matrix.

Remote Influencing Through The Delta Door