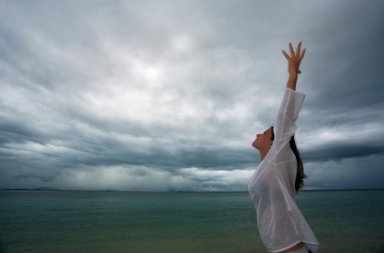 For remote influencing peace within the individual bubble of reality while surrounded by chaos, mental techniques and practices will have to be mastered. The individual will not achieve success at manifesting without reaching deeper levels of the subconscious mind with conscious awareness. The individual sphere moves its awareness around various points of thought within the structure of the earth matrix. These thought forms or scenarios are chosen by the higher self from the selection presented by the earth matrix. If the lower self is operating at a higher level than that of the low level matrix it will have more ability to exert control over its reality. If the lower self vibrates at a lower frequency similar to that of this intelligence structure there will be constant attempts at manipulation.

Within the interaction with creation connections of thought between sentient beings and with non-sentient beings will be made this is for evolving the learning process.

Non-sentient beings are non-vibratory thought forms that can only become animated as a sentient being focuses its awareness upon it.

Since it does not have its own energy source it is designed to attract the attention of sentient beings and resource its energy.

If the vibratory rate of an individual is operating at a low level it becomes difficult to decipher between sentient and non-sentient beings.

Through the perception of the human awareness the lower self holds the ability to interact with both non-vibratory intelligence structures and vibratory particles of light energy.

The higher perspective of a particular reality of an individual can be accessed through the increased vibratory rate of light energy of that individual.

Since the lower self is now synchronizing its frequencies to that of higher levels it can now access the higher intelligence for guidance and intuition.

This is achieved as the lower self connects with its higher self and can preview future events and persons it has a high probability of interacting with.

The remote viewing techniques that allow the lower self access to the deep theta region of the mind is needed to begin remote influencing an individuals’ reality.

As the electrical vibrations of the brain drop between 4 and 5 cycles per second the deep theta is accessible.

This allows for outside mental noise to be quieted so that communication with the individuals’ higher self can be properly understood.

This communication allows for the mental abilities such as bi-lateral processing of data.

The remote influencing techniques that teach the individual to access the delta region of the mind will position the individual into the very deep areas of the subconscious where the belief system is located.

This will allow for the individual to de-energize unwanted memories and behavioural patterns and to seed this area with what the individual would like to see projected into their reality.

Within this holographic sensory world the human being learns through negative and chaotic situations in order to desire more peaceful scenarios.

Through the belief system the higher self projects vibratory light down to the lower frequencies where the lower self is located.

The lower self then views the vibratory light energy passing through the subconscious where it is seen as visual sensory holographic imagery at the conscious area.

Whatever perspective is held in the belief system will eventually manifest into the individuals’ reality.

As the individual alters thought processes within this deep area of the mind the outside world they perceive as real will also alter accordingly.

With the separated spheres of awareness that the lower self is connected to such as a spouse, children, close friends and family members the alterations will also manifest.

This will be to a greater or lesser degree depending on the beliefs held by these individual spheres towards the point of focus.

The earth matrix will always try to draw the attention of the lower self through the human being to energize its intelligence structures.

As the lower self interacts with this thought program its vibratory light energy causes the program to be perceived as alive and in our reality.

This is the design of the earth matrix as it was created as an evolutionary tool for higher beings to develop their conscience.

Although negative scenarios are a part of the learning program within our matrix for every situation presented to the lower self a positive alternative is available.

Through the belief system the individual can have more control over the manifestations in their bubble of reality.

This can be achieved through the cleansing of the deep subconscious and operating at a higher frequency of energy.

This is the basic process for remote influencing.

Undesirable energies from the underworld and other outside influences will still hold the opportunity to gain entry into the individuals’ reality.

Through the connection with the higher self the lower part would have the intuition and guidance to avoid the trappings of the earth matrix.

When dark entities are trying to manifest into ones reality it is important to not energize them as they are designed to use the individuals’ fear as a source of energy.

We are all here for the same underlying reason to eventually choose peace over chaos and climb back up the ladder of ascension to our source, the One.