Remote Influencing And The Lower Mind Of Adam 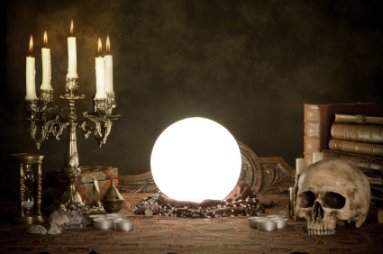 Remote influencing through connecting to different points of thought within the lower mind of Adam falls into many subdivisions. Within the lower levels of the Adamic being and the dark energies of the underworld that reside within the earth matrix are many distortions. Imposition is born out of the distortion of remote influencing as the will of an individual or a grouping becomes imposed onto others. Within higher levels of creation and intelligence the awareness of the inter-connectedness of all projections is understood.

Within the lower levels such as the one we are experiencing separation becomes prevalent without this understanding. The illusion of separation within our inverted world is a part of the learning process of the Adamic mind.

Until the individual vibratory lights within this being develop a higher conscience and understanding through the game of light and shadows they must continue to project into this creation.

In recent times philosophies and practices from points of thought of the ancient world have resurfaced and have been employed for dark purposes.

The ideas of imposition and mind control have been offered and promoted by the dark energies of the underworld and have become prevalent within the workings of global consciousness.

Within the higher levels of intelligence and conscience interfering with the thoughts of others is not a part of the design of these creations.

Remote influencing is a part of the design as voicing an opinion is not interfering with the thought processes of another.

How we manifest in our creation is through our belief system. The ideas and thoughts we have about ourselves and our world that are embedded into the subconscious mind eventually become projected into our world as this region of mind is remote influencing our reality.

The higher self projects to the lower self the reality based on its beliefs and blends these ideas within the scenarios the lower part has chosen to experience.

Fear based and dramatic situations if constantly focussed upon will eventually become implanted into the subconscious.

The manifestations of these low vibrational thoughts will project into the individual’s reality and reinforce that person’s belief system.

The practices and philosophies of black magic, Satanism and similar vehicles for the imposition of ones desires onto other individual realities are a part of the lower mind of Adam.

The most effective techniques have been hidden and prevented from becoming common knowledge. Some of these techniques can be used for the betterment of humanity or for an evil and destructive design.

For the ones who are fully aware of this knowledge and hold the intentions of accumulating power through the exploitation of others these techniques are readily utilized.

The techniques for mind control in all their various forms have saturated all avenues of modern society. Although these dark intentions have been with us since the inception of mankind their evolution has coincided with the ever evolving earth matrix.

As individuals and groupings seek to gain access to more power and wealth through control they naturally gravitate towards these points of thought within the Adamic being.

The individuals and groupings that desire these ideas of separation and egotistical tendencies will automatically vibrate their light energy to a low level similar to the vibrational rate of the earth matrix.

While at this vibratory rate the dark matrix of our creation has a greater ability to impose its intentions onto these subjects.

It will validate their desires with proof through its creative intelligence. The individuals will have access to a vast amount of information to tap into and to craft their ideas.

The highly potent tool of mass consciousness is readily utilized by these groupings controlled by the dark.

This is needed to direct the vibrational energy source to provide the power for their manifestations.

These dark energies are programmed to keep as many of the higher lights as possible trapped in a low vibrational rate of energy. The individuals that knowingly or unknowingly enter into this arrangement become its agents.

As large groupings focus on ideas and messages contained within the mass conscious vehicle they generate an incredible amount of energy for the desired manifestations.

Within the mind of Adam are many levels of awareness, from the highest level which is its unity point to the lowly depths similar to the rate of the earth matrix.

The individualizations of the Adamic being plug into this world to learn and evolve. Many do not develop a higher conscience or discover the key to ascend out of this shadowy game. Ascension is the sole purpose for the separated lights of Adam in this creation.

The key out of this low level matrix is for the lower self to connect back to its higher self through remote influencing techniques designed to achieve this.

Through this connection the lower selves would receive high levels of guidance, intuition and the ability to develop a higher conscience. This is needed to avoid the numerous traps awaiting the higher lights and to access the ladder of ascension.