Remote Influencing And The Angelic Beings 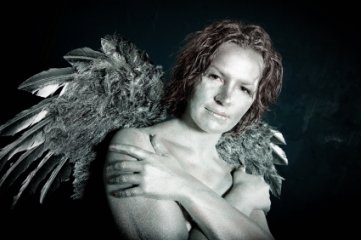 The angelic beings that plug into the earth matrix through remote influencing mankind try to raise the awareness of our individual and collective conscience. They can project into this reality in any form as they operate well above the low vibrational energy of our creation. They come in for a specific task or to give a message to lead us away from our destructive path. These extremely high beings with powerful creation abilities vibrate their light energy at a much higher rate than that of the Adamic being. The universal mind has many levels from lowly depths such as ours to the highest level of the One.

The mind of Adam is the source of projections for mankind. This region of the universal mind operates at a low vibratory rate of energy and a very low awareness of its true nature.

As the One expands out from itself for creational purposes the parts farther away from their source vibrate at a lower rate than the parts that are closer to their source of energy.

Mankind through the Adamic being is operating at the outer realms of the light of its source.

We are currently projecting into a very advanced creational operation as we come into this world unaware of our beginnings and our intended purpose.

We believe through the influence this world has on us that we are the biological entities that we animate.

The earth matrix that teaches us through this separational game of light and shadows is a very creative teacher.

It projects to us the ideas of fear based stories and validates our egotistical desires with its temporal rewards all to keep us locked in separation.

It was designed as a test for the ones among us who can develop a higher conscience apart from the misconceptions of its global conscious.

Until the majority of the individual separations of light unify within the core of the Adamic being it must project into this earth matrix as mankind.

The individual higher selves although can not only return back to the core of Adam through its unity point, they can ascend beyond this being into much higher creations.

The ultimate goal would be for all of the individuals to raise the earth matrix to a higher level of operations through unification and lift up Adam to higher levels as well.

The angelic beings that project into this world are not a part of the earth matrix.

They are beings of very high vibrational light energy and operate close to the levels of the One.

They come into this world to give messages of pure love and through remote influencing mankind try to lead us away from the path of separation.

This creational game is a distillation process for the ones that can raise their level of conscience and be allowed to project into a higher level.

There would not be a learning process if the One or its higher beings did not allow us to try to evolve through this game of light and shadows.

They seldom intervene unless this creation is in the direct path of immediate destruction.

The dark matrix tries to influence us and keep our light energy vibrating at a low level.

The purpose of the angelic beings that come into this world is to help mankind ascend to higher levels of creation.

This is the play of what we call good and evil or unification and separation.

They do not impose as our matrix does, as on higher levels this is not allowed.

These high angelic beings do try to remote influence us and pay close attention to the ones among us who have awakened and act as guides as they lift themselves from out of this world.

As the individual separations of the Adamic being increase their vibratory energy they start to light up.

This thought construct tries to keep as many of the higher selves energizing its structure.

It has evolved into a sentient like awareness and is very creative at trapping their light energy. For the ones among us who have awakened it goes after them aggressively.

The spectrum of emotions increases along with the vibratory rate of energy. As the feelings of love and unity intensify so do the emotions of fear and separation.

This is the true test for ascension as you will have to overcome fear in all of its forms.

This is how the earth matrix keeps the many operating at its level, for the ones that try to lift themselves out it quickly herds them back with this tactic.

For the individuals that have awakened it is important to focus on the emotions that will keep you vibrating at a high rate of energy. As you have free will this is merely a choice, this matrix although will try to make you believe otherwise.

As you increase your vibratory rate through remote influencing the higher self, the battle for your light energy will intensify. Through remaining at this vibrational level and not falling under the influence of the dark energies, the angelic beings of pure light will provide the pathway to the higher realms through the free will choice.