The Portal Of The Earth And The Dark Serpent 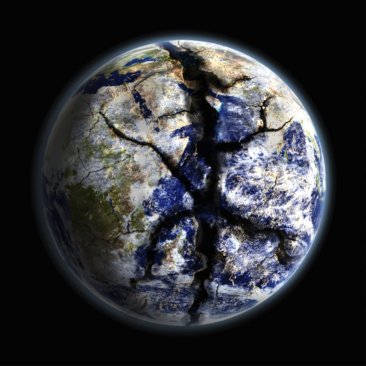 The portal of the earth through its unity point is a doorway to higher creations. In this low level matrix that we interact with this star gate is aggressively guarded by the dark serpent and its agents of the underworld. This world that mankind plays the game of light and shadows through is a testing ground for higher creational beings. Before any individual among us can be allowed access to these high vibrational realms we must learn to develop a higher conscience. As the Adamic being fell from its original high status as a direct image of the One, this once high being descended down to the low vibrational level of the matrix of the earth. This was needed to learn the ascension process through the development of a higher conscience.

This low level matrix was incorporated within the earth in order to expose the children of Adam to fear based and dramatic situations. This was designed so that the individual lights would develop a higher perspective of right and wrong.

As they slowly desired to not want to experience these negative scenarios anymore they would seek the keys to ascend to a better world.

The Adamic being in order to learn through separation the desire for unity, divided its creational light energy into many individual lights.

These separated higher lights would then interact with the low level matrix and through their light energy would activate the human thought program of this intelligence construct.

Although the matrix of the earth operates at a low vibration, our planet that projects the foundation for this game of creation does not.

The earth and its creative expression nature operate at an extremely high vibrational energy. The original high divine mother is the source of projection of our planet.

Through its unity point within its core resides the portal to higher worlds. Through gaining access to this gateway and utilizing the sun portal you can increase your light energy to very high vibrational levels.

In this high state of vibratory energy you can remote influence your thoughts to manifest within your reality, as your rate of energy is vibrating higher than the earth matrix.

The remote influencing techniques that teach you to enter the portal of delta and vibrate your light body to the level of your higher self, are needed to synchronize to the rate of the unity point within the earth to gain entrance.

Through this unity point and the bypass of nature you can then climb the vibrational ladder of energy to higher creations.

The dark serpent that originates within the deep recesses of the abyss is the true gatekeeper of our world. The dark serpent and the other entities of the underworld form the opposite pole of creation than those of the higher light beings who are within the pole of unity.

The role of the angelic beings and other higher light beings is to assist mankind through the ascension process. The role of the dark energies of the underworld is to test mankind and keep the many operating in a low vibrational rate.

The dark serpent of the lowly depths is highly intelligent and cunning as it plays off of mankind’s fear of the unknown and egotistical desires.

It has trapped many of the individual lights of the Adamic being that fall prey and sink into the dark lowly abyss. It has influenced many hearts and minds with the ideas for the justification of separation and relishes in our blood thirsty wars.

Many are unaware that the dark thoughts that dwell within their minds are not only encouraged but crafted by the dark serpent. It has influenced mankind to readily exploit and exhaust the energies of the earth.

As we cut, poison and bomb are way through are misconceptual progress we distance ourselves more and more from the portal out of this low level matrix.

The energies of the earth are of such depletion that this projection of the original divine mother can no longer effectively repair herself.

We have been lead down the path of destruction by the dark serpent as we blindly chase our temporal materialistic rewards.

If mankind were to remain at our current low level awareness and lack of higher conscience, complete destruction would be a very high probable future.

The dark energies of the underworld are the ultimate teacher for future high creational beings. This world is a filtering process for the individual lights that make up the Adamic being

The ones among us that can connect back to our higher selves and tap into this source of guidance and develop a higher conscience apart from the influence of the dark energies, will gain access to the ladder of ascension.

The dark serpent has always lured mankind away from the high vibrational connection to the earth portal with its distortions of truth.

Through recent times it has become more ferocious with its assaults against the divine mother. It fears the loss of the focussed energy of mankind.

It tries to keep the many spellbound with its lures through the vehicle of mass consciousness. It has within its design the blueprint for total destruction.

As mankind through its low level awareness destroys itself it will wait in the abyss of the underworld until the next attempt at creation, that it can gain entry to.

The dark energies although powerful and highly intelligent do have within their programming a weakness. These dark entities cannot infect nor plague the minds of mankind in the high vibrational presence of pure unconditional love.

Not only are they ineffective in its presence they flee from it as this purifying light would de-energize these dark thought forms.

These dark energies will try to herd the individual lights back into the low vibrational earth matrix.

The Adamic being through its separated lights has the ability to climb back up the ladder of ascension to its original divine status.

The key to ascend out of this game of light and shadows is to focus your energy on the higher lights and angelic beings and to gain access to the high vibrational portals.

It is vital to not give your vibrational light energy to the dark serpent and the energy vampires that plague our society, as they will keep you locked with their low vibratory rate. We all have the choice to climb back up or sink even lower as we have been gifted the ability of free will.


The Remote Influencing Ascension Guide homepage The Portals And The Mind